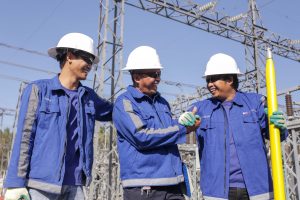 Aboitiz Power Corporation, one of the leading power companies in the country, has continued to strengthen its campaign for sustainable development by enhancing its renewable energy portfolio and ensuring that its host communities benefit from its operations.

These measures have not escaped the eyes of award-giving organizations, including those international ones, as the brand has continued to etch its indelible mark in the industry.

Among these measures, the company continues to prove that it is the power supplier of choice. Recently, it renewed its partnership with First Bay Power Corp. (FBPC) for its geothermal assets. The partnership, which is about a decade old, started when the company, through its wholly-owned subsidiary AP Renewables Inc., bought from the government the MakBan and Tiwi power complexes.

By buying the assets, the company also inherited power supply agreements with power distributors including that with FBPC. The initial partnership only covered six megawatts, but this requirement has grown  to 10 megawatts.

“We are happy that once again, AboitizPower will play a role in helping us achieve our sustainability goals for another 10 years,” said Ray Florence Reyes, FBPC president and general manager.

HELPING THE FIGHT AGAINST THE DEADLY VIRUS

Meanwhile, as the country has continued to grapple with the impact of COVID-19, the company has also provided key financial help through the Department of Energy’s (DOE) Energy Regulations 1-94 (ER 1-94) program, which stipulates that host communities receive one centavo for every kilowatt-hour of power generated in these areas.

Under this program, Secretary Alfonso G. Cusi of the DOE advised that host local government units can use the funds directly remitted to them to mitigate the impact of the virus based on the rules under the Bayanihan to Heal as One Act, including the setting up of mass testing and other needed facilities as well as acquiring medical test kits.

Of late, the entire group distributed directly among its host local government units about P508.2 million so they could slowly wade through the challenges that the COVID-pandemic has brought.

Emmanuel V. Rubio, group president and chief executive officer, said the company is “glad that these funds are now with our communities as these will ensure they have the resources to fund crucial projects in their areas.”

“Recent developments have also allowed them to use these remittances specifically to bolster their campaign against COVID-19,” Rubio said.

The fund has been on top of its Integrated Response and Awareness towards COVID-19 Hazards (I-REACH) campaign, an initiative designed to support its customers, particularly those in the thick of the frontlines like hospitals and other similar facilities. 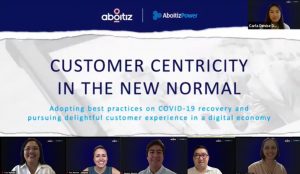 Among the components of the I-REACH program is its collaboration with hospitals in providing surgical masks, sanitation and food supply to healthcare providers. The campaign also involved webinars to help its customers in their business continuity and recovery practices, supporting their transition into the new normal.

Because of its impact especially on customers as they cope with the impact of the pandemic, the I-REACH initiative netted the company with a Silver Stevie in the 2020 International Business Awards (IBA).

The company won the award in the Most Valuable Corporate Response category as it bested entries from 63 nations and territories with 250 executives worldwide joining in picking the winners during a two-month judging process.

“We are grateful that our customer efforts have been recognized by the International Business Awards. The real victory here is seeing our partners rise toward recovery. This accolade reminds us that we are on the right track and inspires us to do even better for our partners,” said Alejandro Aboitiz, company head of Commercial Operations.

AboitizPower was also recognized in the FTSE4Good Index Series which measures performances of the company in environment, social and governance practices — a recognition that it has gotten since 2018.

“Being a FTSE4Good constituent for three years in a row is a major accomplishment for us. This affirms that we are on the right track with our commitment to being sustainable and drives us to continue strengthening our ESG standards and practices,” said Rubio, the company president and chief executive officer. 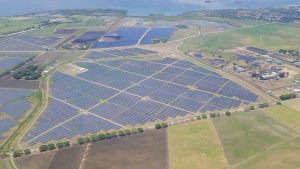 “We are happy that the legal community recognizes the initiatives that AP Legal implements to add value to our organization. This challenges our team to strive better and to continually live out the 1AP culture,” said the team as it was represented by Maria Consolacion Mercado, company vice president for Legal, Energy Affairs and Compliance at the awarding ceremony.

Established in 2015, the team has transcended beyond its mandate as it has implemented key initiatives like promoting diversity and inclusion within the company.

A SYMBOL OF SUSTAINABILITY

Pangarap, one of the few eagles in the center that are qualified for breeding through artificial insemination, symbolizes the hope for the future of its species as it is one of the endangered species. 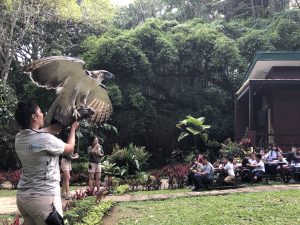 On February 24, representatives of the company and its subsidiaries and about 60 students and guests took part in learning activities and discussions on biodiversity conservation.

“We are so thankful to Pangarap’s Ninongs and Ninangs from Aboitiz Power Corporation for their support over the past 10 years, and for making these kinds of experiences for the kids of our neighboring communities possible,” said Carla Salvacion, center education administrator.

Rubio said the support of the company to the center “is a testament to AboitizPower’s commitment to conserving biodiversity and wildlife.”

Truly, Pangarap symbolizes part of the comprehensive and well-thought sustainability campaign of the company because the delicate work for the survival of the species needs the support of well-meaning corporate individuals like AboitizPower.