PH to gain in tech power shift from West to Asia 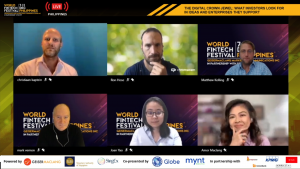 The highly competitive world of tech has been pushed by the events of 2020 to more aggressively build bridges and push innovation as we see an increase in SMEs opting for digitalization. Now, more than ever, securing funding for these entrepreneurs is a cornerstone in fortifying the Philippine economy, as investors turn their attention from the West to the major tech growth in Asia.

“There are three reactions that happen at the entry of changes: frustration, indifference, and innovation. Initially, you can expect a divide. It’s true for any industry. But eventually, if you are doing the right thing, everyone else will follow. Banks collaborating with fintech and embracing tech will be ahead of the game five to ten years from now,” said Coins.ph CEO Ron Hose.

Following the 722% transaction increase for InstaPay in the pandemic’s aftermath, finding a happy equilibrium between fintechs and banks is key to ensuring the longevity of this sector, which relies on interconnectivity and interoperability.

Christiaan Kaptein, partner of Integra Partners, and Matthew Kolling, Chief Investment Officer of UBX, have been working together to create an open ecosystem that can enable various industries to better transition into a tech-based economy.

Kaptein spoke on how the tech power shift has mostly been brought on by COVID-19 “pushing the agenda of digitization.” He looks at hardware, models, new data, and proxies to dictate how tech shifts from the West to Asia. The biggest sector to look forward to is SAAS in the coming years.

Meanwhile, Kolling and TagCash owner and founder Mark Vernon noted another growth area that moved investors in North America and Europe to cast their eye on the Philippines: our young, tech-savvy population compared to the more mature and aging markets in their own regions.

Supporting this sentiment, Joan Yao, Kickstart Ventures vice president of investments, shared how its platform has been the Philippines’ largest corporate venture fund backed by major local players Ayala and Globe. As part of their optimistic approach to startups becoming more buildable over time, they’ve allocated $180M into this fund.

WFF Philippines convener Amor Maclang notes that 30.7 million small businesses were recorded in the previous year, and of these, half will only survive for five years. “To hurdle this challenge,” she said. “Ideators and entrepreneurs must ensure that, apart from being profitable, they should establish their story, impactability, and portfolio relevance.”

Micropayments and consumption have been at the core of mass adoption, bearing the weight of investment considerations like each company’s ability to adapt to hypergrowth in tech, due to both new challenges and groundbreaking changes. As digital reigns, Filipinos can skew more into digitizing their startups to run business smoothly and get past the setbacks that once might have plagued remote work, digital health, e-commerce, education, and entertainment.