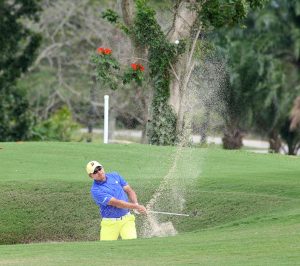 The fancied pair, along with two-time Philippine Open champion Miguel Tabuena and former Order of Merit winners Jobim Carlos and Jay Bayron headline the stellar cast in the by-invitation only tournament put up by ICTSI to mark the resumption of the country’s premier circuit disrupted by the coronavirus outbreak mid-March.

Que hopes to make the most of his rare stint in the circuit after making Japan his base the last couple of years or so, eyeing no less than a victory in new normal setup on a course that could suit up his long game. He placed fourth in The Country Club Invitational, the flagship tournament of each PGT season, and dominated the PGT Asia at home in Manila Southwoods last year.

Meanwhile, Lascuña feels he still got what it takes to win although he remains wary of his chances, particularly against the circuit’s noted power hitters and the young guns, who are all hungry to slug it out after being kept out of the competitive play the last eight months.

“It’s been a long while since we last compete 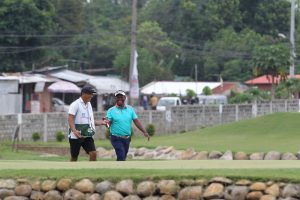 d and that should make it doubly exciting. There’s too much excitement, expectations but I hope it turns out well (for me),” said Lascuña, who had kept himself busy and in shape during the break by teaching at Southwoods.

The organizing Pilipinas Golf Tournaments, Inc. got the green light from the Games and Amusements Board and the Inter-Agency Task Force (IATF) to resume the circuit with the PGTI coming up with a two-tournament offering, simultaneous with the Ladies PGT, to be conducted under various safety protocols now familiar in other pro sports allowed to restart in new normal.

But the opportunity, even one that comes with an entirely new set of rules, to play again is worth savoring.

“I think all the players, men and ladies, just want to get a few tournaments in before the holidays. It has been a tough year for everyone and this will be a good way to sort of end the year on a higher note for us golfers,” said Tabuena.

The other PGT and LPGT events will be held Dec. 8-11 at the Langer’s course, also at Riviera. For details, visit www.pgt.ph.