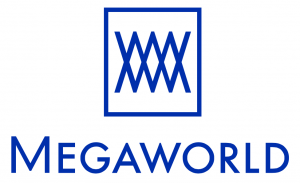 MANILA ‐ Property giant Megaworld’s rental income grew 13% to P3.4-billion during the third quarter from P3-billion in the previous quarter as quarantine restrictions have been eased.

The company’s office rental business, under the Megaworld Premier Offices brand, continued its growth momentum during the quarter as it grew 6% to P2.96-billion from P2.80-billion in the previous quarter. Year-on-year, it grew 11% in this year’s third quarter from P2.68-billion during the same period last year, while during the first nine months of the year, it also grew 11% to P8.57-billion compared to P7.75-billion in the same period last year.

In Iloilo, Megaworld Premier Offices has increased its occupancy of leasable spaces in its nine office buildings inside Iloilo Business Park to 97% during the third quarter compared to 90% before the lockdown.

Megaworld Lifestyle Malls also more than doubled its revenues during the third quarter compared to the previous quarter as relaxed lockdown protocols allowed people to start shopping and dining in malls.

Mall revenues rose 117% to P400-million in the third quarter compared to the previous quarter even as Megaworld Lifestyle Malls still offered rental discounts to its retail and merchant partners. Most of the company’s mall properties are located inside townships with ready customers from their residents and office workers.

“We are seeing a lot of optimism now as we have begun the recovery of our mall business, and our office leasing business continues its growth,” says Kevin L. Tan, chief strategy officer, Megaworld.

During the first nine months of 2020, Megaworld recorded a net income of P8.1-billion, down 40% from the P13.7-billion recorded in the same period last year as the company’s core businesses were affected by months of strict lockdowns imposed by the government. Consolidated revenues, likewise, declined by 30% year-on-year to P33.3-billion from P48.1-billion last year.

However, during the third quarter, the company’s revenues grew by 9% to P9.5-billion from P8.7-billion in the second quarter. Net income also improved by 7% quarter-on-quarter to P2.2-billion.

“The government’s recovery efforts especially in reopening the economy coupled with our recovery strategies have greatly helped our core businesses bounce back, and we continue to be optimistic of this uptrend as we strive to provide the right balance between safety, convenience, and an enjoyable experience in our townships all over the country,” adds Tan.

While the company’s real estate sales were almost flat in the third quarter compared to the second quarter at P4.75-billion, it has seen a remarkable growth in reservation sales of its horizontal residential projects in various tourism estates in the provinces through its subsidiary Global-Estate Resorts, Inc. (GERI), particularly in Boracay Newcoast, Eastland Heights in Antipolo, Rizal, and Arden Botanical Estate in Cavite.

The company’s hotel properties under the Megaworld Hotels brand, on the other hand, recently re-opened in Tagaytay and Boracay, in a bid to further boost hotel revenues in the coming quarters. During the first nine months of the year, hotel revenues dropped 38% to P1.17-billion from P1.87-billion in the same period last year due to temporary closures brought about by the pandemic lockdowns in the country. Megaworld Hotels now operates 10 existing hotel properties under the homegrown brands of Richmonde, Belmont, Savoy, Twin Lakes, and Lucky Chinatown hotels.

“With all the innovations in the hospitality industry being undertaken, the tourism industry will eventually bounce back adopting these new realities in doing business. Our hotels are focused on these initiatives and we look forward to re-opening our other hotels for tourism with these new offerings,” explains Tan.