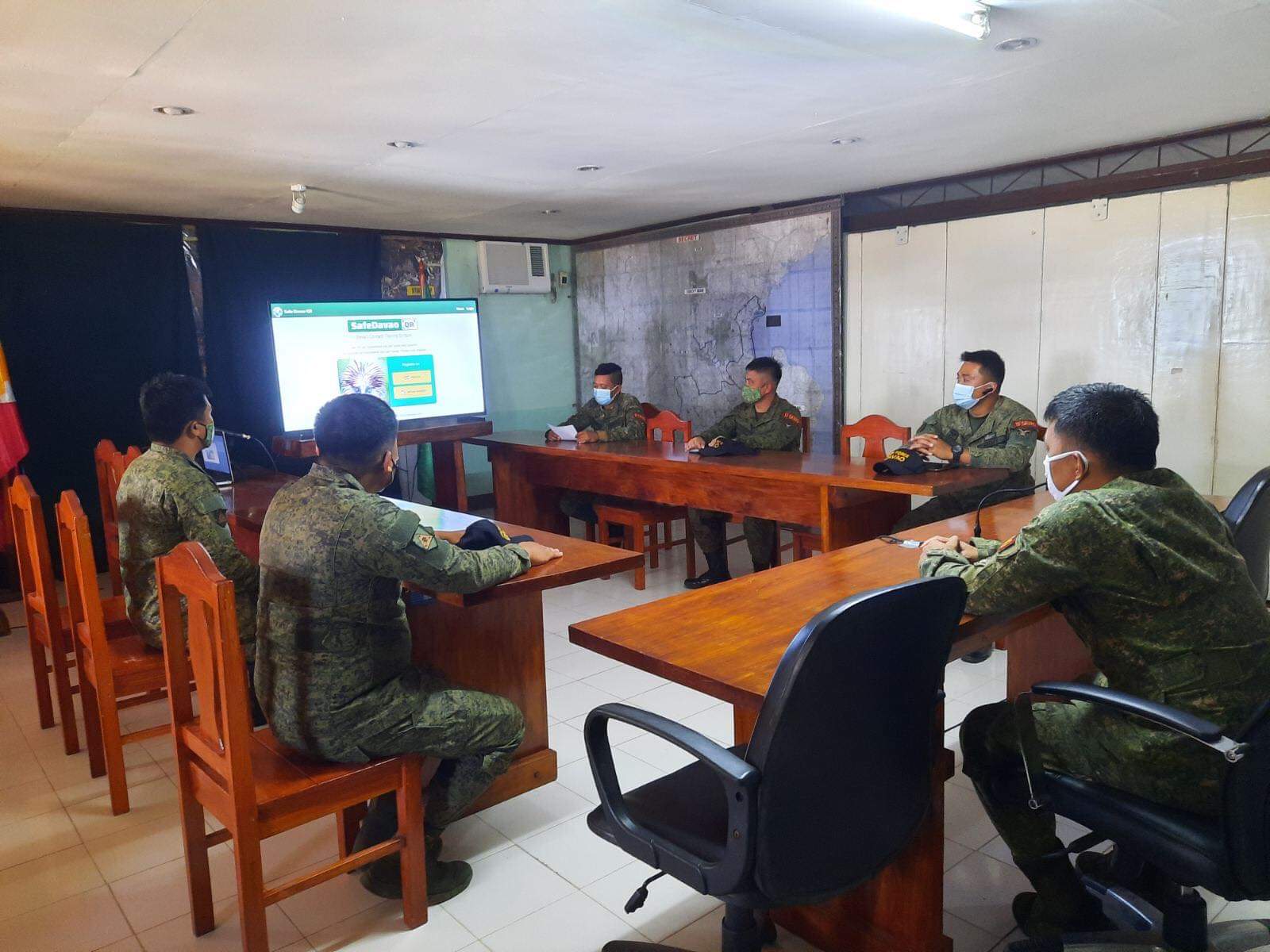 The Human Resource Management Office of the city government facilitated the training of 27 personnel of the Task Force Davao (TFD) who will be deployed for the enforcement of the Safe Davao Quick Response (DQR) code.

Done through teleconferencing on November 3 at the headquarters of the unit at Sta. Ana Wharf, the training was focused on how they could effectively monitor the movement of residents through the DQR, an electronic contact tracing and travel pass platform that the city government is creating to help eliminate the threat of coronavirus.

The city government has also issued to the military unit three sets of computer desktop with printer and 34 cellular phones that would be used to scan DQR codes at the checkpoints in Lasang, Lacson, and Sirawan, Davao Overland Transport Terminal, Sta. Ana Wharf, Sasa Wharf, Davao-Samal port and its headquarters.

The military unit will also set up a point where vehicles with passengers that do not have DQR codes would be made to leave the city.

TF Davao Commander, Col Consolito P Yecla urged the travelers to comply with the DQR requirement to avoid the hassle when entering the city as it will deny entry to those without DQR, unless there is an emergency situation, to avoid traffic congestion at the checkpoints.

“Stringent security inspections and support to anti-illegal drug operations will still be performed by TF personnel after scanning the individual DQR,” Yecla said.

Last week, the city government has announced that it is moving the start of the implementation of the system to November 23 after the website where applications are being filed, bugged down due to the influx of applications. Its implementation was initially scheduled on November 7.