By Carmelito Francisco on November 7, 2020 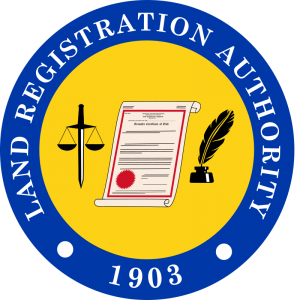 THE Land Registration Authority (LRA) has urged property owners to secure computerized titles for their properties to ensure that these are authentic and secure.

The computerized titles, said LRA Administrator Renato Bermejo during an online interview recently, would also curb corruption and red tape in the agency as this would slowly eliminate the danger of the hard copies of these titles to getting burned or destroyed as these were placed in old vaults that were prone to getting destroyed.

Bermejo said although there is a need to shell out an amount to secure these computerized titles, these electronic documents are legal instruments that are not prone to being damaged.

It would also be better for property owners to file for the verification of their titles not only for computerization, but because these instruments are frequently used for business transactions.

“You should have these documents verified now because it is difficult to look for them as these are stored in a store room,” he explained, adding that these should immediately be computerized.

However, he said, the computerization program of the LRA was “ugly” as, unlike other agencies like the Philippine Statistics Authority. the government did not cough out any funding, but has passed the program to a contractor.  However, clients who secure authentic documents from PSA also need to pay.

Because the contractor needs to fund the operations of the program, the property owners need to pay about P700 for the computerization of the titles.

“The best that we have been doing now is that we tell the clients that everytime the secure the titles, we tell them that their titles are not computerized (because they need to pay for the computerization,” he said.

At present, of the 16.6 million titles nationwide in 2019, about 28.54% of these were computerized, with 3% went on having their titles computerized voluntarily.

Many of those who had their titles computerized were property owners who had transactions, either estate settlement or those with transactions.

At present, it is even more difficult to determine whether titles with hard copies are fake or not because there are titles that looked like the original ones, he said. “That is one that we have been explaining and the people could hardly understand,” he said.

Also, he pointed out, the use of hard copy titles invites corruption because some employees of the agency would either sit on the request for these titles to be retrieved in the absence of grease money. “The problem inside is that to solve it, you need to pay. That is the nature of corruption (inside),” he said, adding that some employees even hide these titles.

Among the challenges that the agency is facing is that its regional offices do not have the number employees required for these offices, making it difficult for these offices to attend to request. This has paved the way for some employees to mulct those who want to secure certified true copies of their titles.

He said he could not outright dismiss these employees as the government has instituted due diligence mechanisms to ensure that every employee is protected.