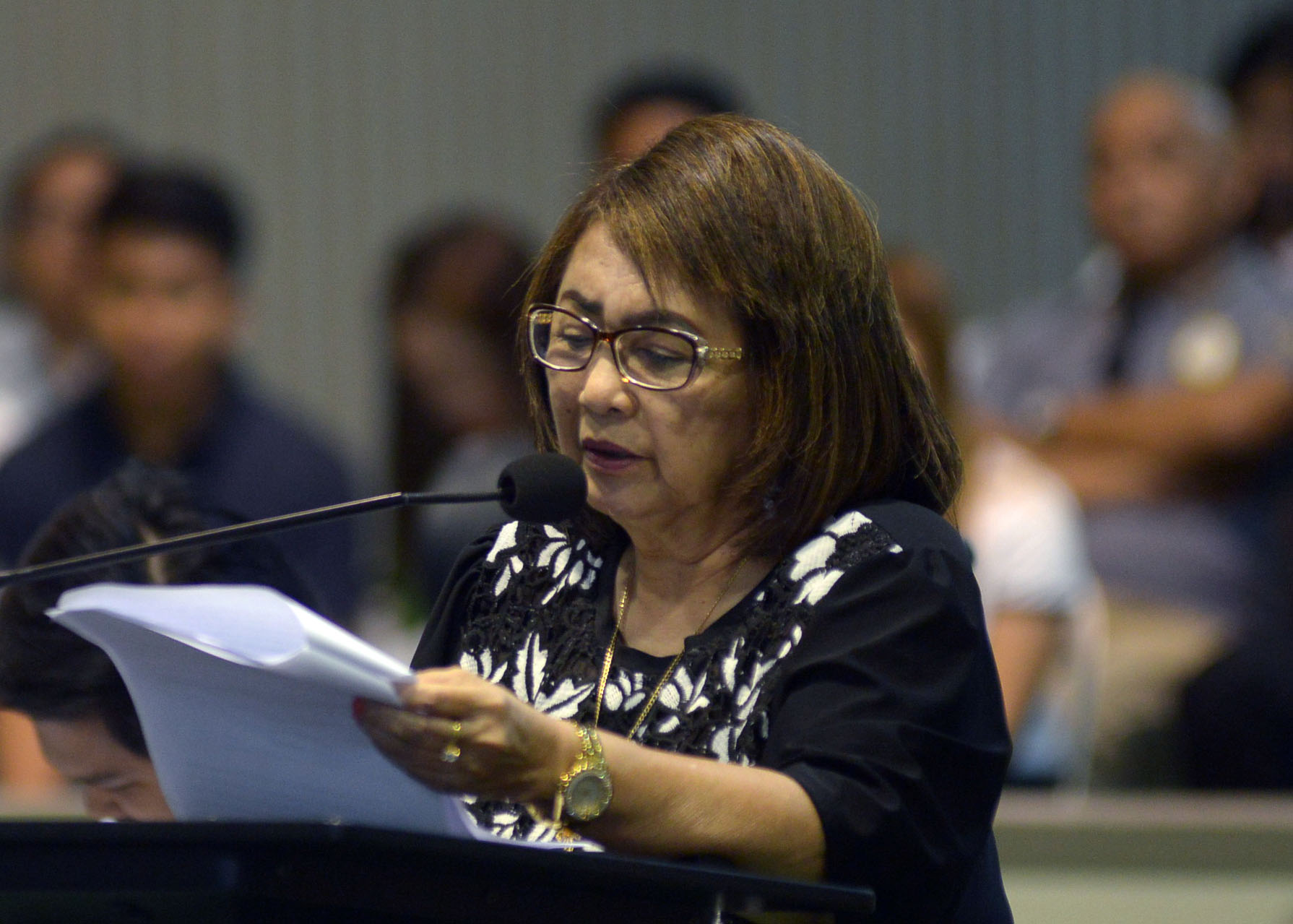 COUNCILOR Pilar C. Braga has recognized the Davao City Water District (DCWD) for providing better service to its customers in the city.

In a privilege speech on October 13 at the city council, Braga noted the significant strides that the water utility has achieved, particularly in the development in relation to the Davao City Bulk Water Supply Project.

The P12.5 billion project, a joint venture between the water district and the Apo Agua Infrastructura, will provide about 300 million liters of water a day from the Tamugan River to DCWD customers as the water district will be the water supply distributor.

In order for the smooth implementation of the project, the DCWD has set aside P2.5 billion to develop the needed facilities. The money is being used in the construction of off-take points or storage facilities to receive the treated bulk water from Apo Agua, pipelaying of additional transmission/distribution lines, and improvement of mainlines in areas that would be served by the project.

The water district said that as of presstime, it has completed 26 of 27 the essential projects, or 98.81%, and that it is also looking at what other components that need to be added.

Braga noted that the pipeline has reached Lasang. “All that is being awaited now is the water that has to come from Apo Agua when this is accomplished. So, the DCWD has laid all the main distribution pipes underground and put up all the giant reservoirs of all offtake points,” she said.

Eduardo A. Bangayan, chair of the DCWD Board of Directors, thanked the councilor “for bringing to light DCWD’s early efforts to ensure sustainable water supply for Davao City.”

The DCWD decided to embark on the bulk water project to ensure that its customers get the best available water as it was able to secure the permit from the National Water REsources Board to develop the Tamugan River in 1997,

When Braga authored the Water Code Ordinance, or Water Resource Management and Protection Ordinance, about 20 years ago, the water district already started its plan to develop the project so that it can preserve the aquifers where it has been drawing potable water for the city residents.

In taking note of the plan of the water district, the councilor said:“Rightly so, because our city’s population is growing so rapidly and its industries expanding. The threat of saline water permeating into our aquifer due to over-extraction becomes a nightmarish issue, I tell you, when this happens it will be irreversible and I do not want us to be blamed by the next generation for the tragedy. We should learn from the sad experience of Cebu City.”

Braga also said that the water district has been doing its best to address the needs of its customers, particularly those in the Third District, as of its 11 existing water supply systems, seven are serving the district. Those barangays that have not yet been served, the Department of Public Works and Highways developed a level 2 water systems for them.

Edwin V. Regalado, also thanked the Braga for recognizing the programs of the water district as he pointed out that the water district has started planning for the long-term Level 3 water supply systems for Bbarangays Carmen, Cadalian, Tawan-tawan, Baguio Proper, and Wines) and Brgy. Tambobong in Baguio District and Brgy. Tamugan in Marilog District.

The water district is also ready to provide technical assessment and assistance for immediate interventions to these barangays on their water systems.