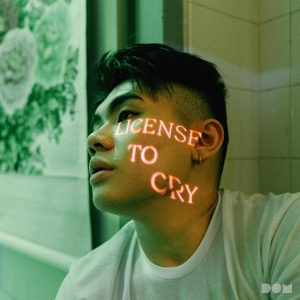 The 7-track EP is a diverse collection of songs that document the early stages of self-discovery in Dominic Chin’s life, in his efforts to articulate his struggles and explore different sounds. 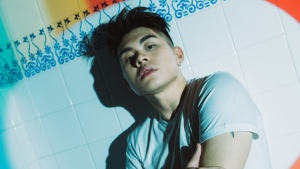 “It was always difficult for me to verbalise my feelings growing up because I didn’t ever want to give myself away and reveal my vulnerability to others,” the acclaimed singer-songwriter/producer said. “I feared that they would judge me or find me a burden, and so this album is in a way, me talking about what I didn’t want to talk about.”

The recording process eventually felt therapeutic for Chin, as it allowed him to confront some of the personal traumas in his life. He shares, “In the process of making the songs, we always made it a point to make the song not sound too much as what it would lyrically seem to be. For example, HERE is a midtempo and “springy” type of song, but it talks about me missing my late grandmother. SHY is a high energy EDM song, but it talks about my paranoia and insomnia.”

Confessional in terms of songwriting treatment, Dominic Chin’s latest EP, ‘License To Cry’ is the explanation that he finally can give to people. “This is why I am the way I am,” he admits. “I have many reasons for my tears, I have many stories of my past. This album is an extension of myself.”

The EP’s focus track, the previously unreleased CRY, is an R&B track with a bit of a late 90’s pop vibe, saying that it’s OK to cry, even as you’re told to “man up.”

“It’s about being yourself and breaking free of the fear and shame from having to conform to others’ silly expectations and rules,” Chin explains. “Growing up, I have always had poor confidence, and hated sports and the general rowdiness that boys would get up to. I would constantly be told to ‘suck it up’ and ‘don’t be a girl.’ The song is about how me, being male, faces society’s demands to behave and act a certain way, but in fact every man is different. I used the term ‘cry’ as a symbol in the song to represent all the unfair expectations that others place on us. We came into this world crying and yet somehow it has become ‘feminine’ to do so.”

With its gospel-inflected arrangements and incredible bigness, CRY marks a milestone for Dominic Chin as it tackles themes that aren’t usually discussed in mainstream pop music in Singapore and elsewhere in Asia– rejecting conformity, rising above society’s expectations, and empowering self-expression. It’s a powerful song to cap off a brilliant 7-track EP– a personal statement that no matter how vague and intimate, still manages to capture humanity at its finest.

Listen to License to Cry by Dominic Chin everywhere at this link: https://www.umamirecords.sg/license-to-cry/

Singapore based pop artist Dominic Chin creates music with his distinct voice and a blend of electro-pop, soul and r&b. Fuelled by life and all its awkward contradictions, Dominic writes songs from the heart that resonate deeply with his audience.

The 24 year old singer-songwriter from Singapore started covering songs on YouTube in 2010, and his channel has more than 9200 subscribers and 1.3M views. After the viral success of You First Believed, a tribute song he wrote for Singapore founding father Mr Lee Kuan Yew in 2014, he was compelled to start writing more originals. He released his first single CLSE2U in 2018, followed by SHY, HERE, AWARE and BETTER, and his songs have been featured on major Spotify editorial playlists including ‘Electro Mix’ and ‘Singapore’s Top Acts’.

Umami Records is a Singapore-based indie record label founded in 2013. Much like the “5th taste” reputation of its namesake, the label strongly believes in discovering new, interesting sounds that run underground and away from the mainstream. The label’s tight-knit, curated roster includes releases from Linying, The Steve McQueens, brb., Evanturetime, CampFire, Martin Baltser, Phoria, Oriental Cravings, and more.