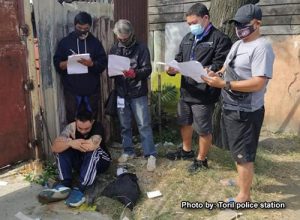 Baria, said a police team collared dela Fuente while allegedly trying to sell a sachet of shabu to a police officer who pretended as buyer.

“Doon kasi ginawa ang transaction at pag kasa ng buy bust at taga dun din po ung suspect nakatira,” he said as he pointed out that the suspect was also monitored to be peddling illegal drugs in his area of jurisdiction.

Seized from the suspect were a big sachet believed to be containing shabu, a wallet and a cellular phone. The street value of the illegal drug was about P18,000 as it weighed about 1.125 grams.

Cases against him were still being prepared as of presstime as he was detained at the police station.