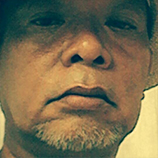 HONORING MY MOTHER: Finding the unintended

I STILL have to find out if there is an explanation, scientific or otherwise, to this said phenomenon. Why is it that, as one goes through the whole house looking for misplaced items, you instead find things that you thought you have lost and desperately searched for a long time ago?

Some of these recovered items may have already lost their relevance and usage. Yet in their place, you instantly get that fine mix of regret and dismay constantly poking at you, like an imp would, that you have not searched for them well enough when you needed to.

Let’s see, I have long since recovered several measuring tapes, screwdrivers, pliers and other tools that we have replaced with new ones because we thought we’ve lost them forever. Oftentimes in accordance with our god-given culture of blaming, I have pointed at others whom I may have suspected of borrowing and not returning them. Then with regard to other lost then found items, I may have purposely stashed these in some secure place, so that they would be easier for me to retrieve later. Problem was, almost always, I would completely forget where I stashed them, resulting in their long hibernation inside some dark drawer somewhere in the house, until now.

That feeling of helplessness is always the same, as you painfully retrace your steps, while in search of a lost or misplaced item (a pair of reading glasses perhaps).

It’s almost like Murphy’s Law, with bad things happening as they often do, but with a twist. Finding secondary items not in the agenda seems to tease you no end because literally, that is what they are: long-lost. More important, the momentary relief and pause that follow after your finding them only delay and waylay you in your present search and purpose.

However, not all unintended finds are such. The discovery of long-misplaced photographs of family or friends, for example. In the most sentimental sense, they are like welcome breaks to what begins to feel like a long and futile search. It is usually during these special moments that straying from your intended path is thereby forgivable. At this, you could excuse yourself with “tao lang”, and at that, translation is not even necessarily.

There have been many moments like these in the old house, when we, along with the rest of the nieces and nephews, grandchildren and friends would rediscover old photo albums and vinyls that would complete our Sunday afternoons. Then once upon a time in Uraya, we had been looking for a certain bag, when we saw a case full of negatives and memorabilia of our travels. That search for the bag had been postponed immediately, with hours of reminiscing replacing a less attractive chore.

Surely in the end, there is a vast majority of O.Cs, or obsessive-compulsive trolls out there who may accuse me of not being systematically-inclined as they are. As my retort, isn’t my hoarding superpowers not o.c. enough for you?