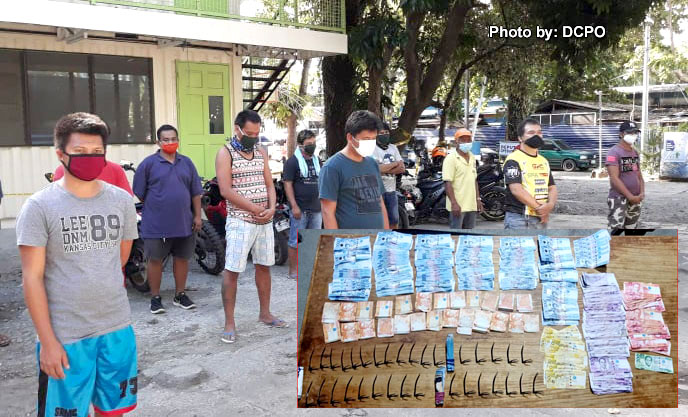 2 barangay officials, Cafgu, and 28 others arrested in a raid

A BARANGAY captain and a village councilor were among the 29 people arrested when law enforcers raided an illegal cockfight in San Rafae Village, Barangay 10-A at 2:30 p.m. on Sunday.

Veterans Tan, 61, identified as the gaffer of Cayetano’s game fowl, Rooster, 61, was also booked by the officers.

However, a certain Aton, the owner of the other gamefowl, was able to elude arrest. The police are trying to determine his identity for his possible arrest.

Mayor Sara Duterte commended the arresting officers for the accomplishment.

“What we want to recognize with what the DCPO did was to arrest barangay captain Mark Cayetano and they also arrested barangay kagawad Romeo Mamuntayaw,” she said. “Thank you Davao City Police.”

The operation was launched by the Davao City Police Office Special Operations Group and the San Pedro Police after receiving a complaint from a concerned citizen on the ongoing illegal activity in the subdivision.

Capt. Rosario Aguilar, the DCPO spokesperson, said police officers were then deployed to verify the information. They spotted a group of individuals while engaging in illegal cockfighting.

The suspects were brought to the Special Operations Group office for documentation. They will face a case for violation of PD 449 as amended by PD 1602, and RA 11332 in relation to Sec. 4, of Executive Order 47-A signed by Mayor Sara Duterte.