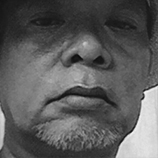 HONORING MY MOTHER: It i s acknowledged

IN A hurry. Even during the most uncanny situations, be it in the middle of a pandemic or during your ordinary day-to-day travels such as riding or alighting from a bus, we cannot seem to break free from that mold of someone who is always in a hurry. Everywhere one looks, it just seems that there is an invisible race that goes on in each and everyone of us.

Consider the sudden appearance of a line of people along the aisle of your plane as it slowly taxies to the terminal upon landing, despite the repeated pleas by the attendants for them to remain seated. Or a few who overtake you, two steps at a time, as you patiently stand to one side of the escalator minding your own business. Not to be outdone, there are the countless cars that counterflow, overtake or beat the light in the roads and highways of this, our supposedly civilized society.

Inasmuch as we do not want to admit it, we are all pressed by time in both figurative and literal sense, ever and always driven with things to do and obsessed with places to go, be they for work or play. The old folks have a saying in the vernacular, which is roughly translated as having a mole on either sole of one’s feet, thus having itchy feet that cannot stay in one place for a time. Rolling stones, so to speak, gathering no moss.

The funny thing is, we have accepted this as a perfectly natural thing to do, so that we have woven our ways and habits around the idea of being slaves to time. Rush rush, to everything, there is a season.

Not to be anti-ecclesiastical or anything, what I am merely driving at is nothing but the extreme way we have come to arriving at and interpreting our short and limited work time here on this way station. Even short breaks and rest times which are meant to de-stress us, have become nothing but gaps and spaces between work. Spaces where we anticipate and dread the looming work that lies ahead after this rest (?) or pause. What a way to live.