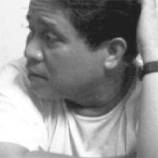 NOBODY among the young Davaoenos know Antonio “Tony” H. Vergara and his little contribution to Davao’s political landscape.

But I do, and I am grateful to him in many ways. He is not perfect, but it is this imperfection that made him matter to friends and to his God who understands.

Tony was a broadcaster par excellence in Davao City. In the 80s, he anchored Bombo Radyo’s Sandigan morning program. It was a popular program because there was Tony Vergara who brilliantly anchored it.

When it was easy for the media to dance with the dictatorship at that time, Tony played his role well to anchor the program. He became the source of news of the people at that time. The opposition went to him because Tony would welcome them. The Marcos cronies were at home with him because he gave them the time. His only side was truth, and for that Tony endeared himself to the people.

\Tony was adept, skillful and clever in handling issues and entertaining political bigwigs at that time. Fluent in three languages – English, Tagalog, and Bisaya, he was perfect for the job. I really wondered why he was so at home with the mike without modulating his voice.

Later I learned that Tony was the anchor of a Catholic Radio in Cagayan, the radio owned by the late Bishop Tudtud who died in a plane crash to Baguio. If I am not mistaken, that was the last flight to the summer capital of our country. Tony was close to Bishop Tudtud.

Tony, before going to AM broadcasting was a DJ of an FM program in CDO It was this time that he became popular with the ladies. So his English was honed during this time. And for his Tagalog, ah well Tony is a Bicolano and their language spoken aside from the dialect was Tagalog. He learned it so easily.

When the new government was installed through People Power, Tony was picked as one of the city councilors officer-in-charge. In 1988, Tony was elected city councilor of Davao City. And there was no stopping him. For three terms Tony served the people of Davao as their city councilor. He chaired the environment and media committees.

Aside from his undertakings as city councilor, one experience I would not forget is when he allowed me to go with him to Malacanang to meet then Executive Secretary Adolph Acuna, Cory’s executive secretary at that time. For a provinciano, going to Malacanang is a dream come true.

But it is not so much the going there that was so meaningful to me. It was when Atty Monet Tirol, Cory’s senate liaison officer, invited us to meet former President Diosdado Macapagal in his house in Forbes. So Atty Toril brought us there, me and my naivete. Or maybe ignorance.

The man I knew only as president when I was growing up was now so real. Pres Dadong (yeah that was how they called him) came out and met us. So alive, he bubbled with stories as former president of the Republic of the Philippines.

I took pictures of him. We had pictures of him. Ang that gladdened me. Like I said, what can a provinciano like me do? I behaved like someone so mesmerised with an artista. But floods and waters consumed all those photos.

I was amazed at how he entertained us in his house. Pres. Dadong prepared the juices and snacks for us, not because he was a politico but a hospitable and generous character. Whatever, I was humbled. Truly humbled.

When Tony was out of power, he joined and formed an NGOs to advocate for peace in Mindanao. But I had other preoccupations so I had not been with him. I also heard, he was ordained pastor of a Baptist Church.

Later in life Tony retired as a pastor and husband to Alaine. But he was a friend to his former wife. While that amazes me, I can only pray for Tony and his life of retirement. We had coffee at SM once in a while and he told me simple stories of his life.

They were simple stories but they were great. I was happy that he became a pastor and that the remaining days of his life were spent preaching the God he at times forgotten once in his life.