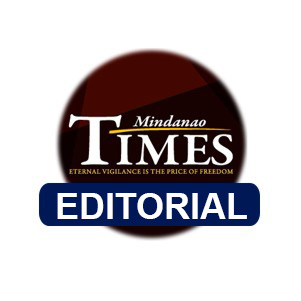 “The Energy Regulatory Commission is  ordered to proceed with the refund proceedings instituted by the respondents herein with reasonable dispatch consistent with this decision.” This was the last sentence of the Supreme Court G.R. 150253 dated November 30.2006.

Almost 14 years later, the consumers of Davao Light and Power Company [Dalight]  still had not received a single centavo of this refund as ordered by the Supreme Court above.

In another Supreme Court order, G.R. L-69592 dated May 8 1996,  it was decided that Dalight had overvalued their assets by almost P160M between January 1984 to December 1984. This means they collected about P18M during this 11 month period. The petitioners in this case were Francisco P. Tesorero, Antonio G. Diaz and Atty. Jesus G.Dureza. The City Government of Davao was represented by former mayor Elias B. Lopez as intervenor.

It has been 34 years, from 1986 up to the present, that Dalight should have refunded P18m to their consumers. This money could only be presumed to have been flowed back as part of their capital which under the law is allowed a return of 12% per year. This money is now more or less ONE BILLION PESOS.

This case was started by Konsumo-Dabaw or the Consumers Movement  of Davao on 1982 and was represented in this case by a member of the Board, Mr. Antonio G. Diaz. Atty.  Jesus G. Dureza was the Chairperson of the Board at that time. Nanay Soleng Duterte, the mother of Pres. Duterte,  was a founding member of this movement . I was then the Secretary of the Board and in 1986 became it’s Executive-Director up to 1996 when the Supreme Court promulgated G.R. L-69592.
On 2012, I attended an ERC public hearing on  Dalight rate increase here in Davao City. I inquired about the refund and their reply was that they were new commissioners and did not have any idea about these. However, a lawyer of Dalight answered that there is nothing to refund because the Supreme Court only ordered  a refund proceeding but not the refund itself. I was flabbergasted.

I visited Mr. Antonio Diaz and Francisco Tesorero a few years after G.R. 150253 was penned and before they died of old age. Up to now, I still can feel their pain and bitterness over a cause they fought for so long, won it in the highest court of the land but lost in the Energy Regulatory Commission.

This is to request that the Energy Regulatory Commission review the records of the refund proceedings to see if they were right in concluding that there is nothing to refund or that my interpretations above are right and about P1Billion should be refunded us, the consumers.