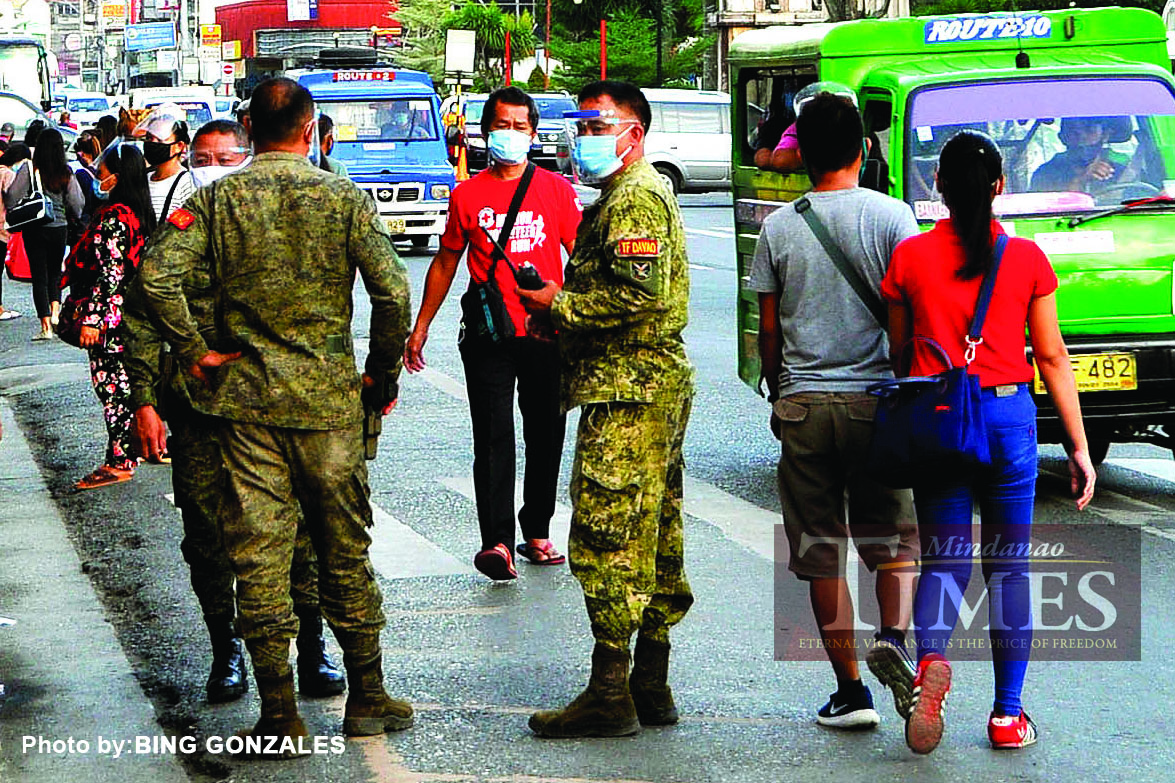 MAYOR Sara Duterte has urged Davaoeños to remain vigilant and be an active partner of the city’s culture of security campaign in light of the bombing incident in Jolo, Sulu.

The mayor said that Davao City is no stranger to any acts of terrorism and so people should always play their role outlined in the culture of security program—volunteer, report, remind and participate.

Angel Sumagaysay, the head of the Public Security and Safety Command Center (PSSCC), said Davao City is on alert status level 3, based on the recommendation of the Davao City Anti-Terror Council.

“We have coordinated with the different security clusters to strengthen our security measures,” Sumagaysay said on Monday.

Sumagaysay added that the barangay captains were already instructed to utilize their village security forces and other multipliers to safeguard their areas of responsibility. They were told to immediately report suspicious persons to the Davao City Police Office and Task Force Davao.

The Central 911 Call Center was also instructed to promptly answer any calls that may be vital to local security and relay the information to the city’s security units. Sumagaysay urged the public to cooperate with all checkpoint protocols and to expect stricter checks, which may delay their travels.

Meanwhile, the Eastern Mindanao Command (EastMinCom) said that there is no intelligence report of any direct threat from fundamentalist groups.

However, Lt. Gen Jose Faustino Jr., EastMinCom chief, still directed all unit commanders to ramp up their security operations to prevent the possible spillover of the incident. The command is also working closely with its adjacent military units and law enforcement agencies, especially with the PNP, to ensure the maximum safety of the public.

“We also urge the public to be vigilant and to immediately report to the authorities any suspicious individuals or activities in their area,” Faustino said. “It is in this moment that all of us need to be security-conscious and that we need to uphold even more our culture of security.”