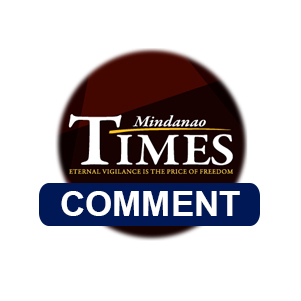 TURKEY’S big push into the Mediterranean featuring controversial gas drilling, tough rhetoric and warships is rooted in a grand vision of a “Blue Homeland” that takes over waters claimed by EU neighbours.

Fearful of being denied a fair share of the region’s bountiful natural gas wealth, Turkey sent a research vessel and a small navy armada into seas Greece views as its own, dramatically escalating tensions last week.

In a sign of the growing importance he assigns energy independence, President Recep Tayyip Erdogan on Friday announced that Turkey had made its biggest-ever discovery of natural gas in the Black Sea.

“My Lord has opened the door to unprecedented wealth for us,” he enthused to applause from a hall filled with supportive officials.

But the new find has done little to abate Turkey’s desire to expand ever deeper into the Mediterranean Sea, which has won Erdogan political points at home but infuriated Greece and drawn repeated warnings from the European Union.

France, already at odds with Turkey over Libya and parts of the Middle East, sent in its own ships into the region to help out Greece, prompting Erdogan to warn he would retaliate against any attack.

The issue was not just about “fighting for rights but for Turkey’s future,” Erdogan said.

Critics say the “Blue Homeland” doctrine (“Mavi Vatan” in Turkish) is the latest example of Turkey resorting to disruption to coerce others into achieving what it wants.

But Turkish officials and former admirals responsible for the policy argue Greece’s demands based on a scattering of tiny islands are unfair since Turkey has larger mainland territory in the eastern part of the sea.

The doctrine’s author is retired admiral Cem Gurdeniz, who first used the “Mavi Vatan” term in 2006 when he was head of the Turkish navy’s plan and policy division.

His vision covers more than 460,000 square kilometres (175,000 square miles) of Turkey’s maritime borders, including the water surrounding some Greek islands, and has grown in prominence in parallel with rising Turkish nationalism.

“Blue Homeland is a symbol of the ‘maritimisation’ of Turkey,” Gurdeniz told AFP, a concept which “tries to define maritime jurisdiction areas surrounding Turkey.”

Gurdeniz said Turkey needed to secure these areas for its welfare, defence, security, “even for its happiness”.

The lack of agreed maritime borders between Turkey and Greece, or Turkey and Cyprus, turned into a much bigger problem with the discovery of major hydrocarbon reserves in the eastern Mediterranean in the past decade.

“The delimitation of exclusive economic zones (EEZ) in the Aegean and east Med is a matter that most governments of the region have deliberately neglected,” said Muzaffer Senel, an associate professor at Istanbul’s Sehir University.

“Because it is an issue more difficult to solve and its political costs are too high.”

Mavi Vatan is “a bargaining chip for Ankara,” he said.

“By serving this map, Ankara declares its position in the negotiations.”

While countries with coastlines can claim an EEZ, so can islands.

Felicity Attard, an international maritime law specialist, said this “makes the Turkish-Greek position extremely complex, particularly because of the location of the islands and the longstanding rivalry between the two states.”

She added that the dispute was compounded by the difference of policy between the two countries with respect to Cyprus, divided since 1974 between the Greek Cypriot-controlled south and the breakaway Turkish Republic of Northern Cyprus.

There is particular anger over Greece’s insistence that the tiny island of Kastellorizo, two kilometres (1.2 miles) from Antalya, should have the same rights as Turkey’s entire coast.

Turkey is isolated in the region, which experts say is in part why Erdogan is lashing out and insisting on Turkey’s rights against countries joining forces without Ankara.

Greece and Turkey held “exploratory talks” between 2002 and 2016 related to the Aegean Sea but they came to an end at the request of Athens, a Turkish diplomatic source said.

Turkey says Erdogan made efforts to renew the talks with Greek Prime Minister Kyriakos Mitsotakis on the sidelines of the UN General Assembly and at the NATO summit in London last year.

“Greece didn’t accept these offers and instead used the EU against Turkey. This isn’t right,” a Turkish official told AFP.

A maritime agreement Turkey signed with Libya in November exacerbated tensions after it set up sea boundaries that Greece said overlooked its island of Crete.

A Western diplomat called the situation “volatile”, warning that “any miscalculation could have serious consequences.”

But Erdogan “is pragmatic and knows that extended tensions would not be good,” the diplomat told AFP, pointing to the risk of any Western sanctions hurting the already weak lira.

“Even if Turkey is alone in this fight” and even if sanctions are imposed, he said, “Turkey will not give up.” AFP