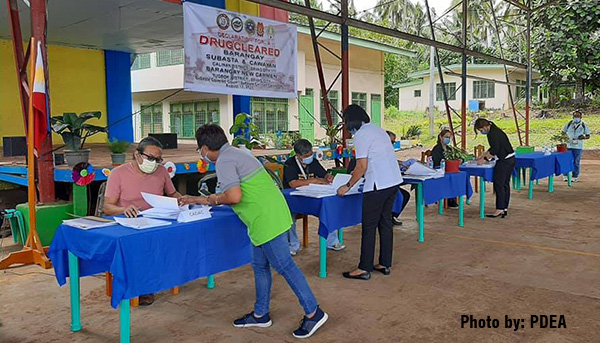 Pursuant to the parameters set by the Dangerous Drugs Board Regulation Number 3, Series of 2017, Barangay Cawayan and Barangay Subasta of Calinan District and Barangay New Carmen of Tugbok District complied with the parameters relative to the declaration for a drug-cleared barangay.

As stated in the DDB regulations, a barangay is declared drug-free once the committee has “convened and validated the non-availability of drug supply in the area and the absence of drug transit activity, clandestine drug laboratory, clandestine drug warehouse, clandestine chemical warehouse, marijuana cultivation site, drug den or resort, drug pusher and drug user.”

Barangay officials and Sangguniang Kabataan members should also be involved in the anti-drug activities of the community, as well as the existence of drug awareness programs and voluntary and compulsory drug treatment and rehabilitation processing desk.

However, Dimaandal said that in the event they receive reports of illegal drug activities, according to Sec. 11 of the said regulation, the status of the concerned cleared barangay shall not be automatically reverted to “drug-affected.”

Upon verification of the oversight committee, the concerned barangay shall be given 30 days to take appropriate action.

“We are motivated by the President’s statement that war on illegal drugs would be “relentless and sustained,” Rivera said. “As the government steps up the war on illegal drugs, the Philippine Drug Enforcement Agency is calling everyone to vigorously support and cooperate in the nationwide campaign against illegal drugs,” he said.”

This is the right time to curb down the supply and demand of illegal drugs in our country,” he added. 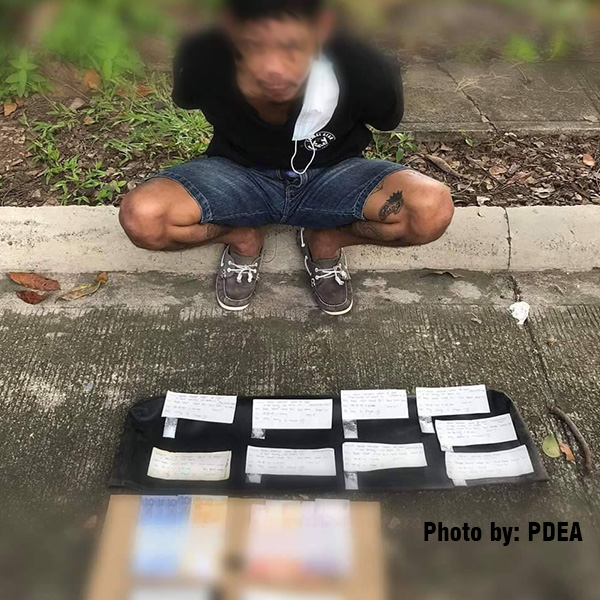 He said the suspect was jailed before for the same offense and was released from prison in January 2019. Recovered from the suspect were eight sachets of shabu with an estimated market value of P80,000 and other non-drug paraphernalia.

Drug dealing, drug use, along with the violence that all too often accompanies it, is a serious threat to the safety and security of our communities,” he said.

In these times of significant uncertainty brought by the COVID-19 pandemic, we assure you that we can’t guarantee them a place to hide. In fact, we will make this city a hostile place for these criminals,” he added.

The arrested suspect is now in the custody of the Talomo Police Station while a case for violation of RA 9165 (Comprehensive Dangerous Drugs Act of 2002) is being prepared for against him.