Juan Karlos inspires hope and strength amid the pandemic with their latest single, “BLESS Ü”

Manila, Philippines) OPM hit-making band Juan Karlos (stylized juan karlos) channels their inner strength with their newest single, “BLESS Ü,” out on all digital and streaming worldwide this July 24, 2020 (Friday) via Island Records Philippines. The pop-R&B track delves into our collective toughness of spirit during these challenging times and hopes to ease some of our worries and fears. 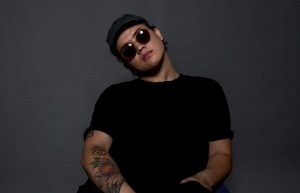 The song’s uplifting message was something juan karlos strives to bring forth to the public whenever we’re faced with adversity, but more so and critically, during a health crisis with seemingly no end in sight right now. “The song, or at least the idea of it, was already made prior to the lockdown. Basically, it was just on standby. But when the pandemic happened, all gigs were cancelled,” frontman JK Labajo shares. “We thought it’d be a good idea to record something different from the music people are already familiar with from us.” While the circumstances then and now are vastly different, their intentions remain the same: finding hope. “Just hold on tight / For in the end of every tunnel / baby there’s light,” he croons.

The songwriting and recording process for “BLESS Ü” had its fair share of unique, unprecedented challenges. Completing it during the lockdown meant adjusting to several limitations. “Not all of our members have their own home setup so [doing it separately] was just not feasible,” according to JK. “But when the lockdown was lifted, we were able to record it properly.” The band welcomed the experience, knowing that ultimately, the song is bigger than their own. JK hopes for listeners to trust in our ability to overcome and that together, we’ll get through. 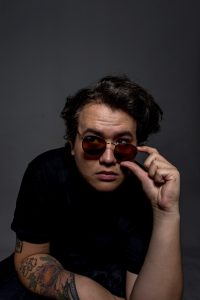 In just a few years that the band has been making music, they’re not one to shy away from shedding light on critical and necessary topics, often drawing from their own lived experience. “I’ve experienced depression and anxiety… and it’s really frustrating, the feeling of being down all the time,” JK describes. With “BLESS Ü,” they wanted to offer people going through the same mental health situation some comfort, to “help them feel somehow lighter,” he adds.

In addition, the band pledged part of the revenue streams of “BLESS Ü” to help fund COVID-19 relief efforts, as well as hold a special online fundraising concert to support our countrymen and connect with fans virtually.

“BLESS Ü” also follows the release of the band’s debut album Diwa and the emotionally charged single” Sampaguita,” which emphasizes the hardships faced by OFWs. A lot has changed since the album’s release, but his fearless message on these topics remains embedded in his music.

Music has always been one of the most powerful forms of culture due to its ability to rally people’s spirits. Right now, what we need is a resounding feeling of hope and compassion more than ever. If you believe that this song has that very power, then honey, God BLESS Ü.

Juan Karlos is a Filipino band and six-time Platinum awardee signed under MCA Music composed of JK Labajo on vocals and guitar, Jeriko Aguilar on guitar, Louise Bayas on bass, and Gian Hipolito on drums. Formed in 2018, the eponymous band went under several personnel changes and ultimately released their smash hit, “Buwan” in the 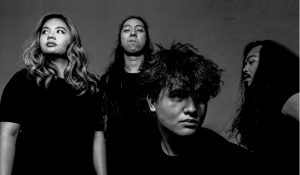 same year. Frontman JK Labajo shared that his solo music career is currently inactive. Hailing from Cebu, he first gained recognition as a finalist on The Voice Kids Philippines and went on to pursue a career in music and acting. Following the release of his albums under MCA Music, JK (2015) and JKL (2017), he realized that he has to stop settling and commit to what he really wants: to write, produce, and perform his own songs the way he hears it in his head and heart and be part of a band. Juan Karlos aims to “dream big or go home” and to make a mark in OPM and globally. “I want to be able to make a change, a difference,” he said. I want to show people the importance and beauty of music. I’m in music for the art, to earn in order to fund my daily needs and dreams, and for recognition so I can have reach and to be heard.”