The annual So Kim Cheng Sports Awards, now on its 26th year reels off via zoom on July 22 and 23. 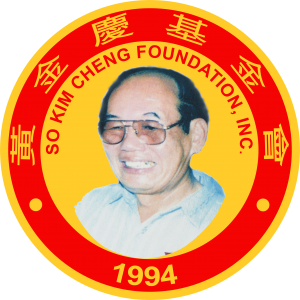 Dubbed as the city’s longest running local sports awards to date, it feats city-based upcoming athletes’ national and international performances as deliberated by the Davao City Sports Council Incorporated and their NSA-members.

“In light of city ordinance for mass gathering, we have decided to limit the number of people in this year’s awards,” said John Irene del Campo of the So Kim Cheng Sports Foundation Incorporated.

“For this year, the ceremony will be split into two days with different sports events to be awarded per day,” Davao City Sports Council Incorporated public relations officer Jerson Tamayo added.

For July 22, Wednesday, events such as arnis, duckpin, karatedo, volleyball, Philspada and tenpin bowling plus the major awards – the Male and Female Athletes of the Year, Coach of the Year,  Sports Leadership and Lifetime Achievement will be given while on July 23, Thursday it will be for chess, wushu, badminton, muay thai, rugby, archery, motocross and athletics.

Robert Lawrence Avacena of karatedo and Sherhalee Bulaso of arnis are this year’s Male and Female co-Athletes of the Year while Jeofrey Albarico of karate is named Coach of the Year. Jerson Tamayo of duckpin bowling and karatedo will receive the Sports Leadership Award which will complete the major list of awardees.

The So Kim Cheng Sports Awards is held annually in celebration of the late local sports patron’s natal day.