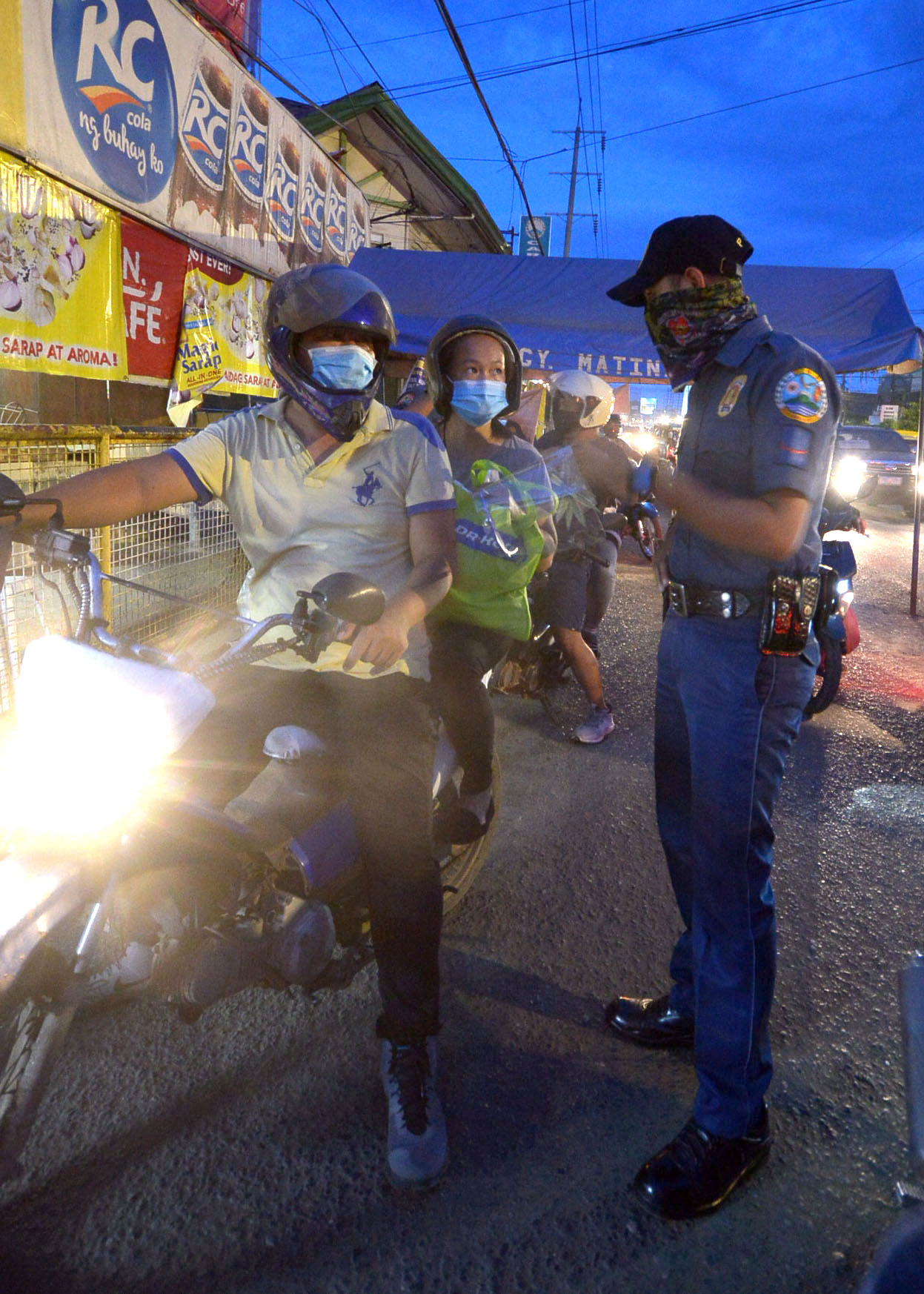 DCPO chief says even couples not exempted from motorbike barrier

THE DAVAO City Police Office (DCPO) clarified that motorcycle barriers are still required for couples or partners living in the same address even if they are able to show the proper documents.

Meanwhile, for other motorcycle drivers who do not meet the requirements, they will still be ticketed if they carry another passenger.

“The ban on backriding is not yet lifted,” city police director, Col. Kirby John Kraft, told TIMES. “Only the couples are exempted and the barrier is a requirement.”

Since July 10, Department of Interior and Local Government Secretary Eduardo Año has announced that couples will be allowed to ride the same motorcycle.

“They can only present their IDs as proof that they are couple,” Kraft added. “If they are not legally married and only living-in, their IDs should have the same address.”

He said that from the start, the directive has always mandated a protective barrier between the driver and passenger.

The police officer said that Davaoeños can follow the design of a backpack-type improvised barrier that was shared by the city government. “The driver can wear it on the back,” he said.

As posted in the city government FB page, in view of the memorandum from the Philippine National Police allowing the motorcycle pillion-riding or backriding, the law enforcers will require the following:

The barrier must cover the neck and should not extend beyond the top of the head of the driver. He said the relationship between the driver and the passenger is inconsequential.

Kraft said in the coming days, the public can already purchase barriers that comply with standards.

“But while waiting, they can use an improvised barrier,” he said. “We are lenient right now but in the coming days, we would insist on an official protective barrier.”