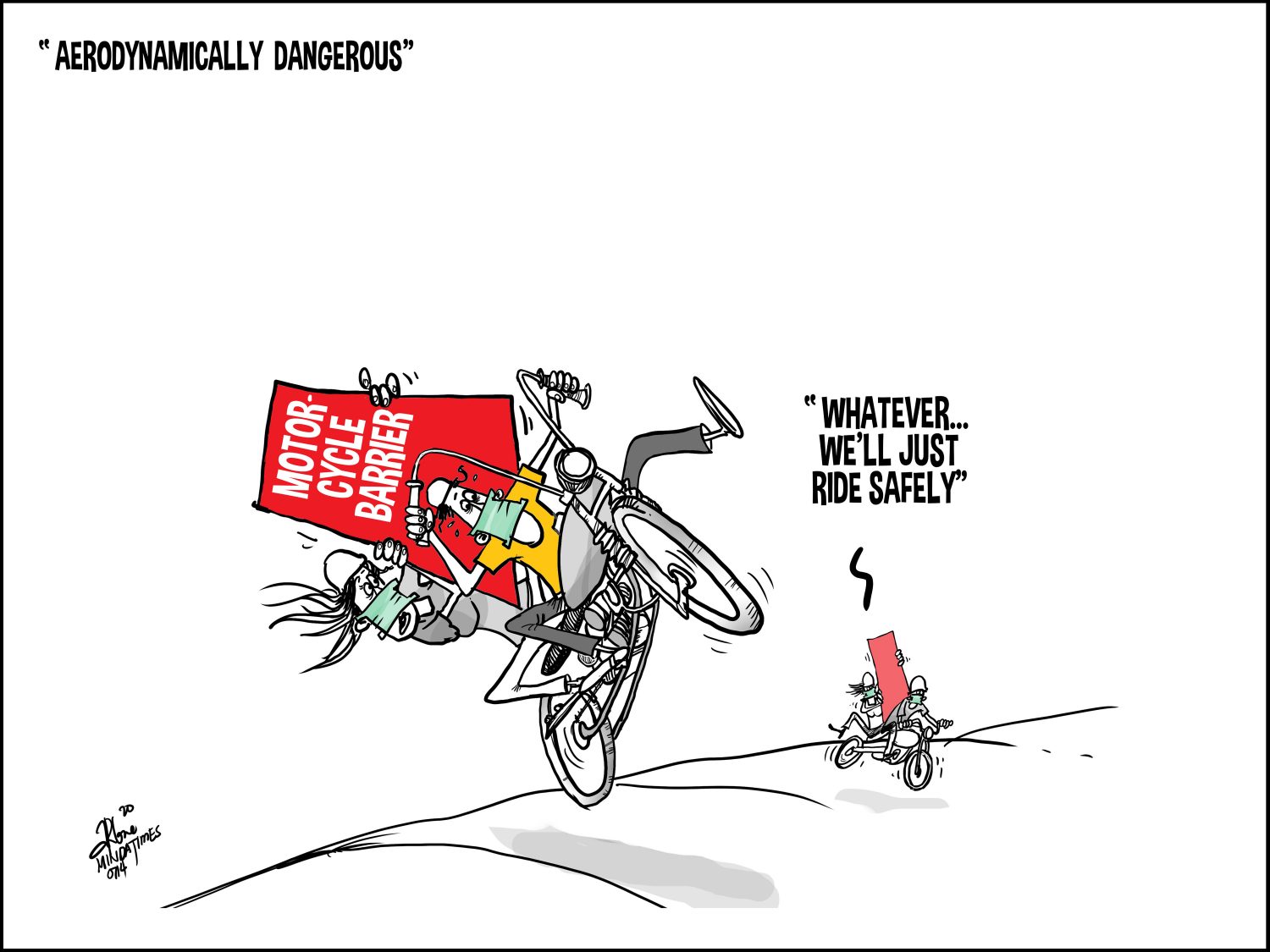 EDITORIAL: The space between

Facebook has been filled with memes on how to ride a motorcycle with a passenger. Some are outright absurd and hilarious, making light of what is actually a very serious issue on transportation affecting many of us.

Interior Secretary Eduardo Año,  last July 10 allowed ‘backriding’ following the prototype model of Bohol Governor Arthur Yap. In that prototype, the divider was as high as the driver’s head with a handle between the driver and passenger. Apart from this, Año said only couples who are either married or unmarried should present identification that they live in the same address.

The barrier between driver and passenger is said to prevent saliva droplets from landing on the passenger’s face. This health protocol is augmented by wearing masks and helmets.

Mayor Sara said yesterday over Davao City Disaster Radio, the city has released its own design for the barrier required for motorcycles, claiming the barrier prototype is not safe for both driver and passenger.

The proposed barrier designed locally, which she said was approved by doctors, is worn like a backpack that is more convenient and provides ample space between driver and passenger.

As the city slowly opens, we should remain vigilant in protecting ourselves from the virus that shows no sign of letting up. Hand washing, wearing masks and social distancing must remain in place. We should remember to always keep a safe distance from each other or this pandemic will never end.

Published in EDITORIAL and OPINION