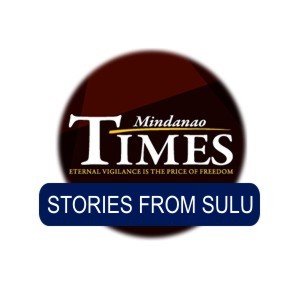 STORIES FROM SULU | Flashback: At the Malacañan Palace for the Final Peace Agreement, Sept. 2,1996

ZAMBOANGA CITY (MindaNews) — The invitation read: The President of the Republic of the Philippines requests the pleasure of your company at the Signing of the Peace Agreement between the Government of the Philippines and the Moro National Liberation Front on Monday, the Second of September nineteen hundred and ninety six at nine o’clock Ceremonial Hall, Malacanan Palace. Attire: Gentlemen:Business Suit,Formal Barong Filipino. Ladies:As Appropriate.

Manila at least days ahead before the event. I was in the group led by the highly esteemed Mayor Vitaliano Agan, Dr.Juanito Bruno, Ms Perla de Castro, Dr Luningning Umar, Amman Nuno, Nung Ajihil, Jack Jikiri. My former bosses Elnorita Tugung and Sali Wali were also there. We were billeted at Chinatown’s One Hotel, Mayor Agan’s favorite, because he says: “Everything is there once you go out.” The hotel’s elevator was the old rickety cast iron that needs to be moved to get in. The elevator also shakes as it goes up or down. It gave us a fright everytime we took it, but no one was complaining.

Upon arrival, we visited the Office of the Executive Secretary, Ruben Torres, a classmate of Nur Misuari back in UP Diliman. We went to see the Lakas headquarters where someone interviewed us.

By Sunday evening our group went to the Manila Hotel where Chairman Nur Misuari, his family, and the Moro National Liberation Front (MNLF) contingent were billeted. The hotel was literally filled with people. We met friends we had not seen before. Mayor Jean Yasin, whose brother Cdr Shariful Kang Yasin was also there and she invited me to sleep over but I declined. It was a nice gesture but the place was swarming with people and I don’t really relish a big crowd. The members and supporters of the MNLF were in high spirits except a few members who stayed away. It was midnight so we went back to One Hotel.

On Monday morning, we took our breakfast early, dressed up and proceeded to Malacanan Palace. By the time we arrived at 7:30, the place was filled with people. Invited guests with invitations had to look for their names in the Masterlist.

We proceeded to the second floor, on one side, the members of the Diplomatic Corps were seated. We took our seats. President Fidel Ramos, Ambassador Manuel Yan, Secretary General Dr. Hamid Algabid of the Organization of the Isalmic Conference, Indonesia’s Foreign Minister Ali Alatas, and MNLF Chairman Nur Misuari were seated at the presidential table. The President , Secretary General Algabaid, and Chairman Misuari spoke after the Signing. A guy from Malacanan approached me and told me to follow him to one corner in the hall where TV cameras were set up. The Signing was being carried nationwide on television.

I saw a line of few people to be interviewed. I have never been interviewed on television, much more carried live from the Palace. When it was my turn to be interviewed I read the idiot board telling me “face here”. The anchorwoman asked: “Chairman Nur Misuari in his speech said that thousands of people had been killed in the Mindanao Conflict. What can you say to that?” I responded: “For the thousands of people who died in the Conflict, they have no choice. But, for the rest of us in Mindanao, we have a choice and that choice is towards peace and development.” That morning, the Coca Cola executives in Zamboanga were in a meeting but had the television on to watch the Signing event live from the Palace. Percy, the hubby, was surprised to see his wife on national television being interviewed.

Nurullaji Pinang Misuari was born in Tapul, Sulu on March 3,1939.He was a scholar of the Commission on National Integration who studied his Bachelor of Arts in Political Science and graduate studies at the University of the Philippines. He was elected ARMM Regional Governor on September 9, 1996 and stayed in office until November 2001. His spouses — UP alumna Eleanor Tan, and Tarhata Ibrahim, attended the signing. His first wife Desdemona Tan, also a UP alumna, died in Pakistan after suffering from an operation relapse.

After the signing, as it was noontime, we went out to the neighborhood in the Palace to look for a restaurant to have our lunch. At 1:30 in the afternoon, President Ramos called the Mindanao leaders to a Caucus. So, we hurried back to the Palace for an afternoon of discussion on Mindanao in the light of the Peace Agreement. The Caucus ended at 6:30 in the evening.

While Chairman Misuari was returning from UP Diliman campus where he was in a convocation with students, we hurried back to the hotel for change of clothes to come back to Malacanan for the third time, to have Dinner at the Palace.

With photo ops in between, my mind raced back to July1972 where I was having dinner with then UP Professor Nur, and a host of friends and students at a restaurant somewhere near Taft Avenue. We were in a discussion on the thesis/anti-thesis of dialectical materialism, the historical infirmities that needed to be corrected. Commander Ahmad Sumandal, a Group 90 member was there. He died never seeing the fruit of his sacrifice. He was killed facing the firing squad somewhere in Davao but before that he asked to sing “My Way,” an MNLF commander returnee later told me.” Ah, so you are the “mussah” of my friend,” he said.

In the early months of 1972, he tried to convince me to join them even. Earlier, back in Notre Dame of Jolo College, I was the Vice-Chairman of the Student Council and Rahmik Dhurqarnain Sali was Chairman and all student leaders here were in the ‘Order of Battle’ for Paghambuuk activities. Ahmad kept coming back to our Taft Avenue apartment to convince me. He finally bade goodbye a week before Martial Law was declared on September 21,1972. I remember him saying, “This will be the last time I will see you ,for I don’t know if we will ever meet again.” I refused to join them as I made a promise to my father to study in Manila back at that time.

I was fortunate to be a witness to history unfolding. Having gone to the Malacanan Palace three times in a day for this historic event was unforgettable. I remember my friends who died in the conflict, and the ones who refused and stayed behind not to join. I remember how they would dedicate a song to me through a radio program operated in KK in the late 1970s.

The three in one day event was really historic for me. It would augur well for Mindanao.

Now, peace shall reign in my homeland at last, so I thought.

(MindaViews is the opinion section of MindaNews. Sharifa Pearlsia P. Ali-Dans retired as Assistant Secretary of the Department of Interior and Local Government in the Autonomous Region in Muslim Mindanao in Ocotber 2017. She finished her Bachelor of Arts at the Notre Dame College of Jolo, Magna Cum Laude and her Master in Asian Studies at the University of the Philippines. She was a Fulbright Philippines Hubert H. Humphrey Fellow at the University of Texas in Austin from 1990 to 1991 and a Project in Basic Education –RLMC Fellowship at the Southbank Institute of TAFE in Brisbane, Australia in 1997. She finished her MA n Public Administration at the Universidad de Zamboanga in 1999 and her Doctor of Education, Major in Personnel Administration from the same university in 2004. She was conferred the Gawad Urian Best Supporting Actress award for the film, ‘Women of the Weeping River” in 2017. She is a mother of four professionals and grandmother of Pico, Somer and Shiloh).