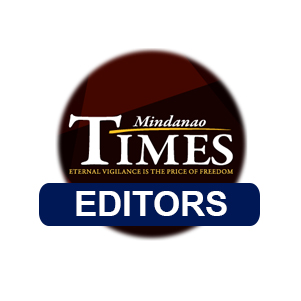 DROWNED by the COVID-19 pandemic, reports on dengue, the mosquito borne viral illness that has plagued us for the past decades have not been amplified. With the onset of the rainy season, dengue cases are usually high.The Department of Health reported that dengue cases were lower from last year’s figure by 36%. From the beginning of the year through April 4, health officials reported 45,771 total dengue fever cases as compared to 71,324 cases of the same period in 2019.

Last year, the Department of Health declared a national dengue alert due to the spike in reported cases with Regions III, X, XII and the Bangsamoro Autonomous Region in Muslim Mindanao exceeding the alert threshold. Regions IVA, V, VI, VIII and IX exceeded the epidemic threshold. On August 6, 2019, through the DOH and National Disaster Risk Reduction and Management Committee (NDRRMC), the national government declared a national dengue epidemic to ensure public safety and welfare amidst the increasing cases of dengue; and to enable a “whole-of-nation approach” to be taken to address the epidemic. At the end of 2019, there were 420,000 dengue cases reported with 1,500 deaths.

Dengue causes flu-like symptoms, including a sudden high fever coming in separate waves, pain behind the eyes, muscles, joints and bones; severe headaches and rashes with red spots. Those with symptoms get sick between four to seven days after being bitten by an infected Aedes mosquito. The disease can progress to life-threatening severe dengue, characterized by severe abdominal pain, vomiting, diarrhoea, seizures, bruising, uncontrolled bleeding, and high fever that can last from two to seven days. Complications can lead to circulatory system failures, shock, and death.

On a global scale, the incidence of dengue has grown dramatically in recent decades, according to the World Health Organization, with an estimated 100-400 million infections each year.

The ill-fated dengvaxia vaccine reverted our response to dengue prevention and control which involves sustained community action to prevent the spread of the dengue mosquito.

So as we undertake measures to keep safe from the COVID 19, we should also bear in mind that dengue is still very much around.