MANILA, Philippines — Barangay Ginebra veteran Japeth Aguilar and Rain or Shine rookie Adrian Wong have both been sanctioned after being caught violating rules of the general community quarantine recently. 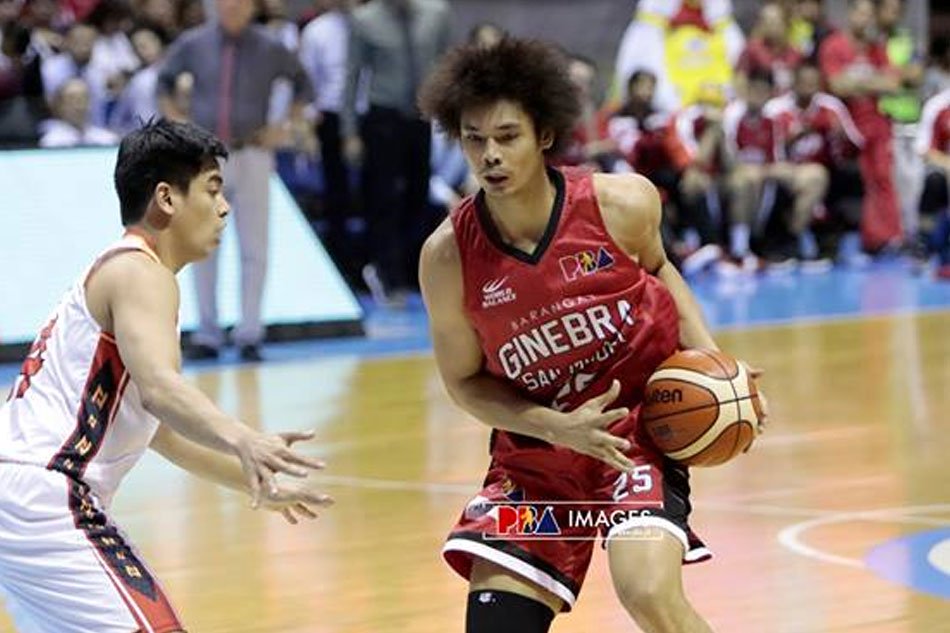 The PBA announced that the two were fined P20,000 each and told to undergo 30 hours of community service.

PBA commissioner Willie Marcial also ordered the pair to take a swab test for COVID-19 by Tuesday, and undergo a 14-day quarantine before taking another swab test as a confirmatory procedure.

Wong and Aguilar were seen playing a game of 5-on-5 in a practice facility in San Juan, in a video that went viral on social media. Also caught was Gilas Pilipinas pool member Isaac Go, who was also given a talking-to by Marcial.

Five-on-five games are still barred in areas under the GCQ, including Metro Manila.

Marcial said the two PBA players were apologetic for their actions.

Aside from their meeting with PBA officials, Aguilar and Wong were also met by officials of the Games and Amusement Board (GAB) — commissioner Eduardo Trinidad, Pro Basketball and Other Pro Games Division Chief Dioscoro Bautista and GAB official Rodil Manaog. ABS-CBN News