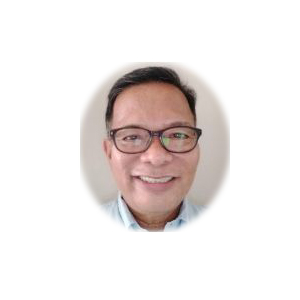 IT HAS really been amazing how fast time has flown. The suffocating feel of confinement, aside from its relative affinity to how prison inmates feel, had indeed indiscriminately bunched up the months of March, April, May and June 2020, so that presently, July would eventually emerge, feeling like an expectantly-pregnant guppy.

Squeezed in like lemons, the panic, fear, and all the other stressful marks of uncertainty, neatly apportioned for these previous months, had sadly brought us to this present time with hardly anything to show for. Surely, with all the stringent measures like quarantine, social distancing, and lockdowns even, one would think that we would have already easily stopped this deadly virus in its tracks. Wrong.

Alas, the combined discipline and sacrifice of many, from the medical frontliners, service providers, and down to the compliant segment of the community, have all been for naught, judging from our failure at flattening the steep curve of the covid pandemic.

Trying to pinpoint who is to blame for this failure may seem immaterial now, and immature even, as it will only affirm that this is precisely where we, as a people, truly excel at.

While in one corner, some people in government have proclaimed that it had done all that it could (which is grossly contemptible), and its health authorities still stubbornly insisting on hard-nosed methods despite seeming incompetence at the top, the public on the other corner, still go divided in its interpretation of the now, and blame each sector, bickering like hens for the continued spikes in the contagion.

Indeed, the lessons of other countries that have proven to be triumphant in their war against covid-19, only await our review and study. Surely, this must already be in the works, however secretly it may be done at this end. Truth is, no one really knows as yet. As for other solutions, barring extreme measures, such as hard lockdown of some areas, the city has remained forward looking and creative, as compared with other metros. Our only wish is that it remains that way, and hope that the spirit trickles down to its residents.

Already, a whiff of surrender and resignation ominously hangs in the air for some, and more especially so for those whose tightened belts are down to the last hole. To compound this gnawing negativity, contradicting statements, from both government leaders and spokesmen, had not helped at all in appeasing the situation. In fact, these pronouncements, along with criticisms from other sectors, continue to dampen the spirits and cloud the waters even more.

Being optimistic about the whole affair seems to be the best, if not the remaining option.

Hopefully still, the air would be much better, if not entirely different, come December. And that is
a clear five-month allowance for everyone to get their acts in order.