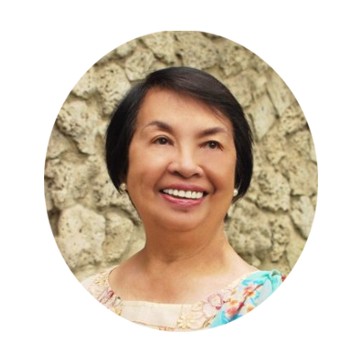 (This is a speech given by Irene M.. Santiago at the Opening Plenary of the Global Cyber Peace Conference (Asia and Oceania) organized by the Rotary Peace Fellowship Alumni Association on June 27, 2020).

THE ultra-rich have gone too far ahead because of a few very convenient means many of us don’t pay too much attention to. These are tax dodging or the ease of hiding money in tax havens, tax laws that favor the top and drain the bottom, and even policies about who gets the bulk of bail-out money in a crisis like what we are now going through. Winnie says that clearly there are rules for those at the top and another for those at the bottom.

Just think of where the money in tax havens and unpaid taxes could go in terms of even the basic needs of our population: money for nutritious food for kids in school, well-trained and well-paid teachers, health clinics, clean water, etc.

To take care of the vast majority – the ones we are supposed not to leave behind, the majority of whom are women in the lowest-paid and most precarious jobs – payment of a dignified, living wage is still shamelessly contested.

We knew all this before but this crisis has made this reality even more stark. So if we are talking about envisioning a new world, it will have to be an EQUAL world, a FAIR and JUST world to those on the underbelly of the beast due to their gender, race, class, ethnicity, religion and all the other identity markers that we know do not exist independently of each other in perpetuating oppression.

The second significant realization in this time of Corona is – yes, you guessed it – women’s public leadership. How many of us have marveled at the likes of Jacinda Ardern of New Zealand, Angela Merkel of Germany and Tsai Ing-Wen of Taiwan. There are reams of copy around this theme as expressed in this article by Avivah Whittington-Fox entitled “What Do Countries with the Best Coronavirus Responses have in Common? Women Leaders”.

New Zealand’s Jacinda Ardern’s leadership has been called a “masterclass in crisis leadership.” How did this 39-year-old Prime Minister persuade “the collective to take responsibility for collective problems?” Ardern followed three approaches to effective communication in a crisis. Jacqueline and Milton Mayfield’s research-based model highlights three key things leaders must address to motivate followers to give their best. These are “direction-giving”, “meaning-making” and “empathy”. Ardern gave clear directions ahead of time so people knew what was coming, explained why these actions had to be done (“stay home to save lives”), and showed empathy in her every public appearance.

From the truthfulness and decisiveness of Chancellor Merkel and President Tsai; to the use of the latest technology by Prime Minister Jakobsdottir of Iceland and Prime Minister Marin of Finland; to the regard for the feelings and well-being of children by Prime Minister Solberg of Norway and Prime Minister Frederiksen of Denmark: these leaders showed that dealing with a crisis requires all these strong qualities that women possess.

In comparing these women’s brand of leadership to that of some male leaders in our midst, Wittenberg-Cox identified the following approaches men used: “blame others, capture the judiciary, demonize the journalists, and blanket the country in I-will-never-retire darkness.”

In envisioning the world after the great pause or the great rupture, let us claim the power to transform the systems and structures so that we have an equal, kinder, and happier world.

The first order of the day is to redefine power. I believe that if you cannot name it, you can’t have it. So. From domination and superiority and manipulation and control, let us re-define power like this: power is the potency to act for what is good. Three operative words: potency, act, good. Capacity, action, value. The wonderful Winnie Byanyima adds her own: “It’s not enough to ask what works, one has to ask what’s right.”

What powers should we claim from our experiences and insights in the time of Corona?
First, the power of community, not leaving anyone behind and not letting anyone go too far ahead.
Second, the power of the better angels of our nature (as identified by Steven Pinker): empathy, self-control, the moral sense, and reason

Third, the power of local action, because people are more confident to act for change in their local space and therefore broad and democratic participation is possible and will be the bedrock of our new world.
Fourth, the power of not-only-local action, because change needs to penetrate the systems and structures that oppress and exploit people internationally and nationally.

And last but not least, the power of feminist public leadership: strategic, empathetic, holistic.

So. Let’s flip power. People’s voice and participation will flip it. Feminist (not necessarily female but feminist) public leadership will flip it. The political, economic, and social relationships that operate in our systems are all inextricably linked. So as we flatten the curve, let’s flatten the gaps. ( TO BE CONTINUED)