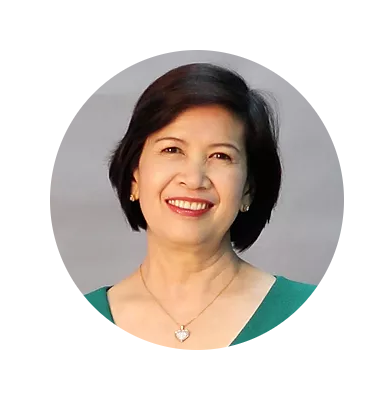 To be gifted with a good loyal friend is one of the greatest blessings in life. Family is what we are born into, that is not our choice; but friends, especially kindred friends, are born and cultivated in our hearts that also nourish our spirits. There is much we could learn about cultivating deep friendships that will stay “in good times and bad times”, one we can count on to make us “keep smiling and keep shining” especially in our uncertain times.

One special friendship that stood out where we could learn from is that of Jonathan and David’s in the Bible story. David, a young shepherd who was the youngest of eight siblings, had just defeated Goliath, who for days challenged and kept Israel’s army trembling in fear. Jonathan, King Saul’s son, was a valiant warrior who had won military victories in the past. What could have drawn these two to a deep friendship despite the huge difference in their ages, backgrounds, and work?

Instant Connection. Jonathan listened as David related the event of his victory over Goliath to King Saul. “After David had finished talking with Saul, Jonathan became one in spirit with David, and he loved him as himself.” (1 Samuel 18:1). Jonathan must have sensed in David what was true of him that sparked their knitting of spirits: a strong faith in God coupled with a boldness to step out and do exploits in God’s strength!

Connection was followed by Commitment. “And Jonathan made a covenant with David because he loved him as himself. Jonathan took off the robe he was wearing and gave it to David, along with his tunic, and even his sword, his bow and his belt” (1 Samuel 18:3-4). If a friend is to be worth keeping, commitment to the other is paramount. Jonathan’s commitment indicated there was nothing he would not do for David’s sake, even if it cost him his life.

Commitment was tested by Trials. David got drafted to Israel’s army where he proved capable and successful and got the people’s love and admiration. This made Saul jealous who plotted and attempted to kill David several times. Jonathan advocated for David with his father, and warned David of Saul’s plans against him. Jonathan recognized God’s hand on David’s success and his loyalty to God superseded his loyalty to his father. When Saul pursued David to kill him, Jonathan went to David in the woods and “strengthened his hand in God” and they renewed their covenant before God (1 Samuel 23:17-18). Nevertheless, Jonathan supported his father in the fight against Israel’s enemies, and both died fighting together for the nation.

Commitment shared mutual love and affection. There was no hint of rivalry or jealousy between them, as they both had pure hearts that loved God and supported each other. When Jonathan was killed in battle, David said, “I grieve for you, Jonathan, my brother, you were very dear to me. Your love for me was wonderful, more wonderful than that of women” (2 Samuel 1:26). For David who had several wives to say this meant a non-sexual yet deep and satisfying love between friends is truly another level.

Commitment extended to the next generation. Years later, David became king and fulfilled his promise to Jonathan by seeking out the latter’s disabled son. David restored to him the land that belonged to Saul and had him eat of his bounty on his table.

Is this kind of friendship still possible today? Yes! Like Jonathan and David, I experienced that the spiritual connection indeed is the deepest unseen bond that is recognizable among like-hearted people that makes instantaneous friendship possible. True followers of Jesus have a spiritual bond that transcends race, color, and whatever differences, and allows for deep friendships that feel more like family.