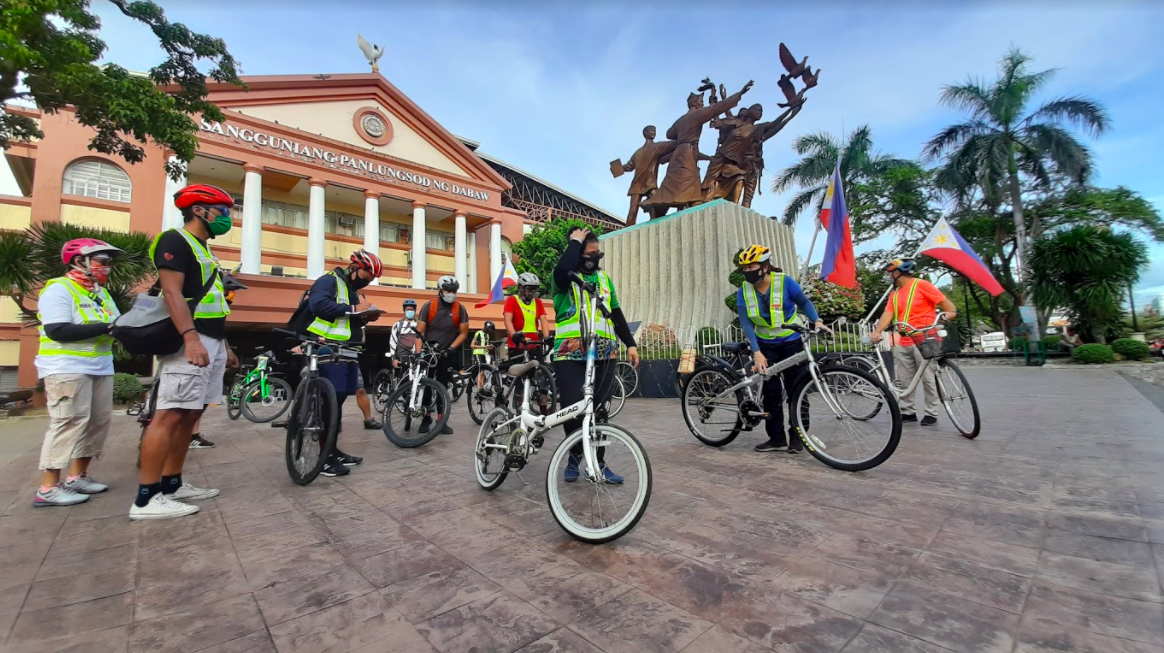 Two councilors have experienced for themselves what it’s like for bicycle riders to move around without a designated bike lane.

After separate 10-kilometer rides along proposed bike lanes in the city, councilors Ma. Belen Acosta and Mary Joselle Villafuerte said they will champion the advocacy and awareness campaign, amid the drafting of guidelines for the implementation of the ordinance and the eventual amendment of the city’s Traffic Code.

There is no talk about increasing fines for motor vehicles who park along bike lanes, but the policymakers said it was included in the agenda.

The councilors early Thursday morning experienced almost being side-swiped and road-bullied on their bicycles by motorists along separate rides toward Bajada-Lanang and Matina-Quirino areas, respectively.

In a Facebook post after the ride, Acosta said there was a need to improve awareness about bicycle rider safety. The post came days after Mayor Sara Duterte signed Executive Order No. 40, series of 2020, which aims to encourage bicycle use among Davaoeños.

The EO was subsequently signed after the Department of Interior and Local Government released the guideline for all local governments to implement bike lanes in the time of the pandemic.

Acosta and daughter Luna recalled how scary it was to assert their lanes absent a bike lane around the city.

“Most cars and jeeps would just load, unload, park, swerve without consideration to bikers,” she said.

“We have to level up the public’s awareness about shared roads with bikers. Streets and signs have to be improved. Traffic enforcers should be strict about apprehending violations on illegal loading and unloading,” Acosta said.

Villafuerte, for her part, said the ride felt very intimidating with larger vehicles, including motorcycles, do not seem concerned about her safety.

Acosta begged off from the rest of the ride early into the northbound loop; Villafuerte, meanwhile, completed the Sanggunian-Quimpo-Matina-Quirino-Ponciano-Bolton-Sanggunian loop in around one-and-a-half hours, with occasional stops in between.

The two were joined by two different groups of bicycle enthusiasts and stakeholders who were part of a group helping draft the newer bicycle guidelines. Each group comprises seven members.

In the proposed guidelines, the city will have at least two bicycle lanes in the north and southern portions of its main highways.

Some of these bike lanes have already been marked.

However, the city council has yet to decide whether to increase fines for larger motor vehicles who weave into the bike lanes.

“There’s lots of room for improvement for all sectors. Making Davao City biker friendly is a work in progress. Together we can do this!” Acosta said.

The ride involved stakeholders, including policymakers, experiencing for themselves what the city’s roads are like for bicycle riders.

This also included the geotagging of road obstacles along the routes.

Ironically, one of the areas along the southern loop is the location of the Land Transportation Office, where a mass of people who are waiting for registrants kept blocking the bike lanes.

All stakeholders, meanwhile, appear to agree there was a need to at least reconcile any bike registration fee or remove the process altogether.

Mayor Duterte’s EO addressed this initially by temporarily suspending the registration and fees.