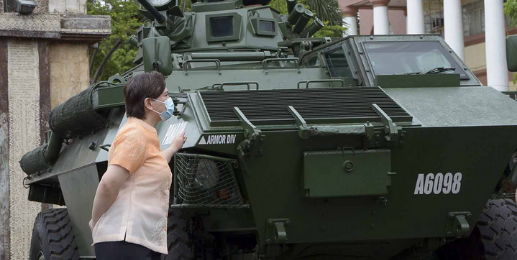 Same restrictions in place as GCQ extended in Davao City

With the general community quarantine extended in Davao City until June 30, the local government will continue to enforce the food and medicine pass during this period.

“We still need the FM pass because there is still a community quarantine,” the mayor said. So, those who are only allowed to go out are people who need to buy food, medicine, visit the doctor, process papers in offices that are already opened, or those who have to work.”

Davao City remains under general community quarantine (GCQ) until June 30, 2020, according to the recommendation of the Interagency Task Force for the Management of Emerging Infectious Disease.

Presidential Spokesperson Harry Roque made the announcement on Monday night following President Rodrigo Duterte’s address to the nation. For Mindanao, only Davao City and Zamboanga City were placed under GCQ and the rest are under the modified GCQ.

The reasons cited for the recommendation include the increasing number of new cases and widespread community transmission in the majority of barangays in the city, as well as consistent case doubling time of less than seven days and a significant increase in critical care utilization against critical care capacity.

Talisay City, a component city under the province of Cebu, is placed under modified enhanced community quarantine (MECQ) until June 30 for the same reasons.

In a Philippine News Report, the number of coronavirus disease 2019 (Covid-19) cases here has increased to 185, as local health authorities logged one infected resident who died at a hospital on June 10.

Salazar said the patient was admitted at Mindanao Central Sanitarium General Hospital on June 10 due to loose bowel movement (LBM) and shortness of breathing.

She said ZC185, whose test results came out Saturday evening, was the 5th Covid-19 mortality in this city.

Silverio Francisco, chairperson of Barangay Salaan where the patient resided, was surprised how ZC185 was infected since the patient had no history of travel.

Francisco has convened the barangay leaders and health workers to discuss measures to prevent the possible spread of the virus in their community.

Meanwhile, the local IATF has placed a 12-year-old boy positive of Covid-19 in the Lantaka isolation facility.

The boy, listed as ZC184, is a locally-stranded individual who arrived here aboard a sweeper flight Friday from Cebu City.

The task force is conducting contact tracing to determine who among his relatives came into close contact with the boy. with PNA