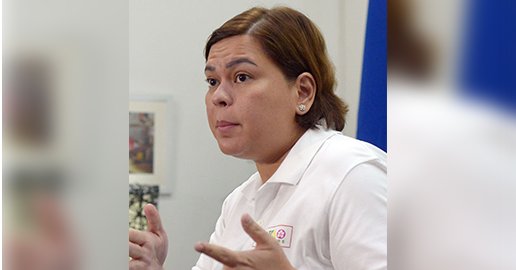 Be wary of dangers that wet season brings: Sara

Davaoeños staying in danger zones are urged to stay alert against the risk of flooding and landslide, especially during the wet season.

Mayor Sara Duterte warned that natural calamities, such as flooding and landslides, typically occur during the rainy season from June to December.

However, people are also told to be wary of diseases like leptospirosis, dengue, and tetanus, as well. Leptospirosis is a bacterial infection from the urine of rodents and transmitted to people with open wounds who wade into the floodwaters.

“We should avoid floodwater because of the bacteria and germs in it. Aside from that, we can sustain wounds and get tetanus,” the mayor stressed.

She also reminded the people to be aware of their surroundings for dengue, which is a mosquito-borne viral infection.

“Let’s make sure to throw away the dirty, stagnant water because mosquitoes inhabit there,” she warned.

The increase in cases of diseases might overwhelm hospitals whose resources are already stretched thin to deal with the pandemic.

“We will go back again to our problem of hospitals not being able to cater to everyone,” she further said.