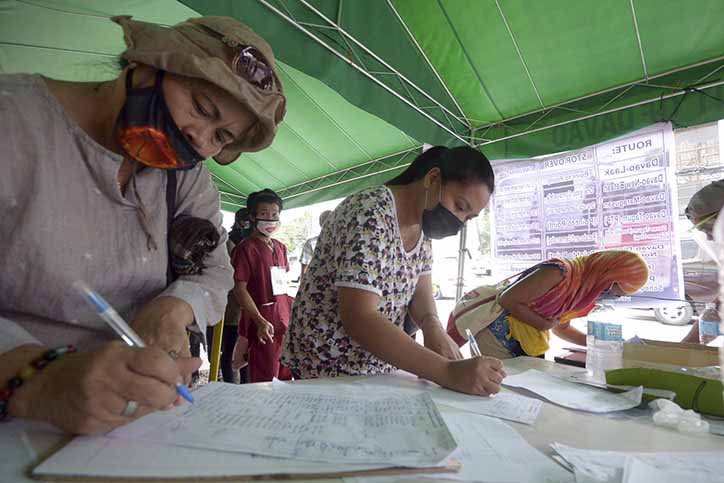 All local government units have agreed to drop the travel authority from the list of requirements for cross-border trips within the Davao Region.

Mayor Sara Duterte, however, said residents traveling would need a medical clearance from city, town, and provincial health offices or any hospital accredited by the Department of Health (DOH) before they are allowed to cross checkpoints established by the LGUs.

The mayor said the local chief executives voted on this measure during the Regional Inter-Agency Task Force meeting on Monday.

“Everybody agreed that there is no need for a travel authority. You only need to present a medical clearance at the checkpoint from the City Health Office or any Department of Health-accredited hospital,” she said over the city-owned Davao City Disaster Radio on Monday.

Davao City, however, does not require any medical clearance or other documents from individuals entering its border. They only have to undergo a health screening at the control points.

Duterte advised those who are traveling outside of Davao City to check the requirements of their destination city or town to avoid getting stranded.

To cater to those who need travel permits and medical clearance, the city government and Davao City Police Office (DCPO) have set up a one-stop-shop located at the police headquarters along San Pedro Street for those who are arriving and traveling to other LGUs outside of Davao Region.

“We established a one-stop-shop at the Davao City Police Office, the City Health Office is also there and the police. When you submit your requirements, you will be issued a medical clearance upon check-up and then they will issue a travel authority immediately,” the mayor said.

She added that DCPO will also set up a table for the issuance of travel permits at the Francisco Bangoy International Airport for people who will be arriving at the airport but will go home to their provinces.

The requirements of securing a travel authority from the Philippine National Police include: 1) duly filled-out form or request letter, 2) Certification from the Barangay Chairman, and 3) Medical Clearance Certificate from the City Health Office (CHO) or DOH accredited hospitals.