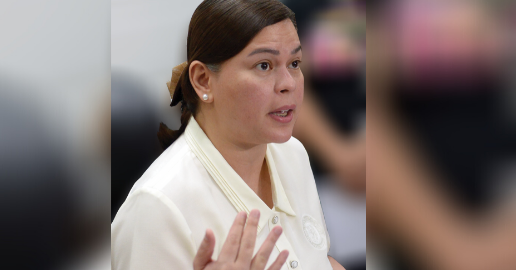 Testing kits not worth the investment: Sara

“Ang atoang rapid testing hagbay ra nato na siya gi-pull out sa atoang screening. Dugay-dugay na to. Gi-pull out na nato siya sa atoang health screening upon arrival (We have long pulled out the rapid testing in from our screening. It was quite a while ago when we excluded it from our health screening upong arrival),” she said over the Davao City Disaster Radio on Monday.
Duterte said only a few individuals were flagged by the RPT.

The city government has already downloaded the directive to each barangay on how will they conduct the surveillance in their respective communities even without having the rapid testing and the PCR (polymerase chain reaction) testing.

Duterte, however, did not disclose the full details on the procedure and process of the community surveillance. The rapid test kits are now being used at the district health offices in the city.

“Ang doctor na didto ang naga-decide kung kinsa ang i-rapid testing and kinsa ang i-PCR.” (It is up to the doctor to decide who will undergo the rapid testing or the PCR testing), Duterte said.

Previously, the chief executive said that the cheapest rapid testing kit costs about P600. The RPTs were used on passengers on board the sweeper flights and mercy flights. While she admitted that the kits are not very accurate, it was still better than doing nothing. Businesses have also purchased their own test kits prior to resuming their operations when the lockdown measures were relaxed.

The Food and Drugs Administration released the approved brands for the RPT as of March 30. Four of the brands were from China and the other was from a Singaporean manufacturer.