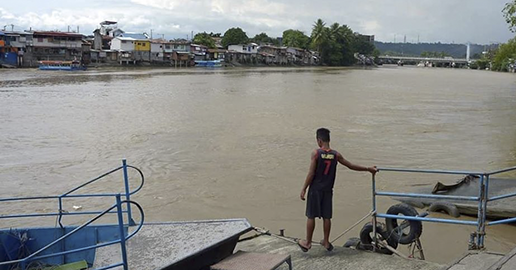 Davaoeños told to be alert for landslides and floods: CDRRMO chief

A landslide wrecked a portion of a house in Sitio Luwalhati, Ilihan, Catalunan Graden during a downpour from a localized thunderstorm at 7:50 p.m. on Saturday.

In a phone interview on Sunday, Alfredo Baloran, City Disaster Risk and Reduction Management Office (CDRRMO) chief, said the kitchen portion of the house was partially damaged. He pointed out that rescuers found some digging on the front portion of the property, which contributed to the erosion of the soil.

He said boulders rolled down from the hill and damaged their kitchen. Fortunately, nobody was hurt in the incident but the family was advised to leave to stay at the neighbor’s house for the meantime. They were later told to return home after all the safety precautions have been carried out.

“It was only for prevention that we asked them to evacuate from the area. But now (Sunday). they returned already and also, I sent a team to the area,” he added.

An electrical post in Catalunan Grande was also felled by the strong wind and rain.

Aside from the two incidents, there was no other reported damage in last Saturday’s sudden downpour. There were reports of floods in low-lying areas, but the water quickly subsided so there was no need to evacuate entire barangays.

“No rise in the level of water along rivers only discoloration of water since the rain was only intermittent with loud thunderstorm and lightning,” he added. “It was still at a safe level.”

However, he reminded residents living along riverbanks to be alert due to the unpredictability of the weather as a result of the intertropical convergence zone. Also, those who are living in landslide-prone areas were reminded to be vigilant, as well.

The Barangay Disaster Risk and Reduction Management Center teams are on high alert to help with the rescue and evacuation, he said.