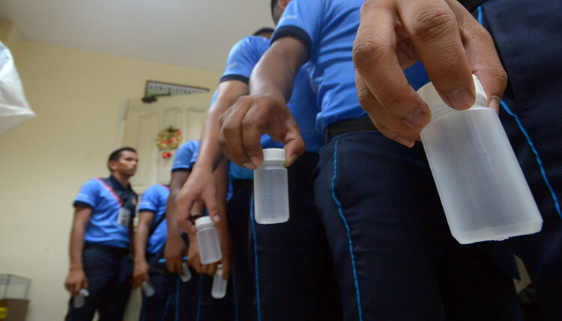 The Philippine Drug Enforcement Agency (PDEA) XI bared that it has continued to intensify its fight against illegal drugs in the region despite the COVID-19 pandemic.

This developed as no one among its agents and detainees was infected with the virus, said lawyer Ben Joseph Tesiorna, assistant regional director of the agency.

He said the regional office implemented tests last Monday and that no one was tested positive of the virus.

Tesiorna added that the agency has conducted operations in 10 barangays among them Buhangin, 76-A, Lasang and Sirawan, Agdao, Leon Garcia, Sasa, Ilang and Matina.

During the time of then Director General Aaron Aquino, the regional office concentrated on dismantling illegal drugs dens among them in 2016, several operations were implemented among them those arrested key illegal drugs personalities.

The agency has also implemented several operations since the start of the pandemic, Tesiorna added.

During the lockdown, operations were also conducted.