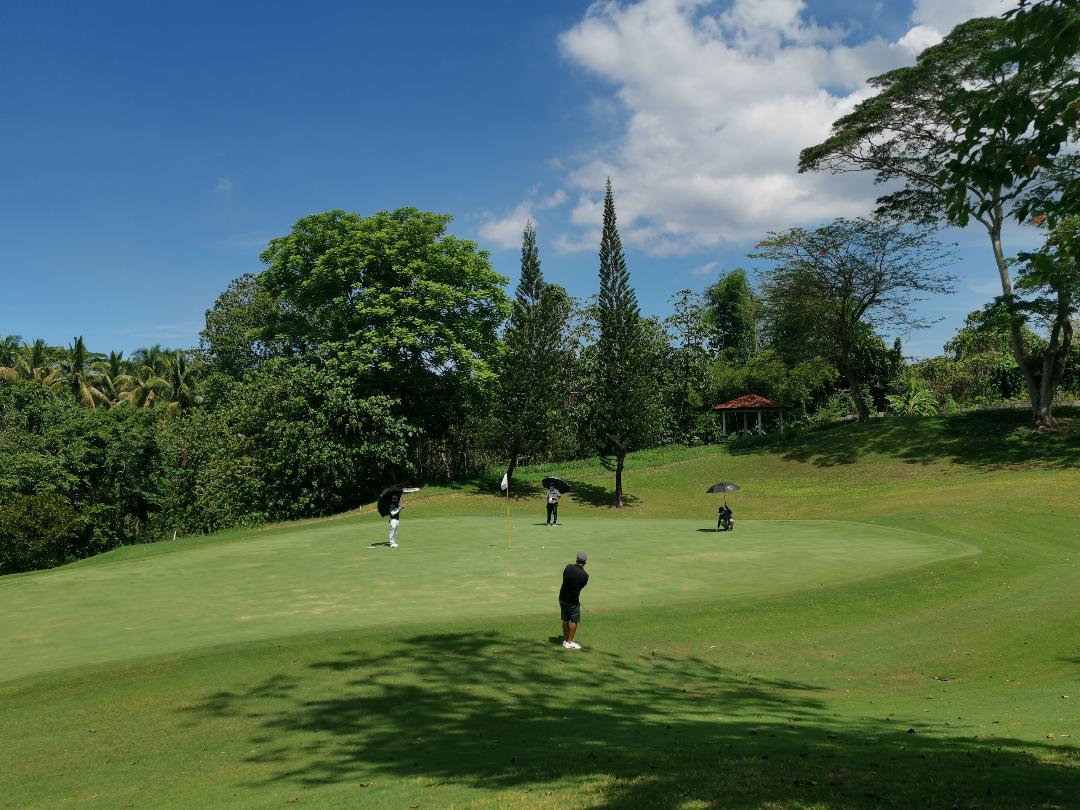 Davao City – Local golfers took time to play and adjusted to the new normal style of the sport as golf courses resumed operations last May 28.

‘They were honestly following our new guidelines as approved by the IATF under the General Community Quarantine (GCQ) and discussed with Mayor Inday Sara Duterte-Carpio,’ said Tommy Inigo, general manager of the Rancho Palos Verdes Golf and Country Club.

‘Its good that the golf courses are now open for us to enjoy. We just have to follow the guidelines and enjoy the game,’ added Den-den de Castro who played at the Apo Golf and Country Club, Saturday.

Some 30 golfers mostly members took their wares at the fairways on opening day which was only the limited number of entries allowed. Same as with Apo Golf and Country Club and South Pacific Golf and Leisure Estates which managed to control their number of local golfers as it continued until Saturday, May 30.

Part of the new normal rules under GCQ were temporarily doing away with caddies in which they will be assigned per flight acting as spotters or markers as well as tasked to repair divots and rake bunkers. Golfers were to used face masks, observed total distancing, avoid large gatherings on the first tee, driving range or after rounds, avoid handshakes and high fives during games and no use of locker rooms. They also observed the one player per cart and brought their own water container during flights.

During the GCQ period which is now extended until June 15, Mayor Inday Sara Duterte-Carpio approved the opening of golf courses provided that they would strictly follow the safety protocols as discussed.