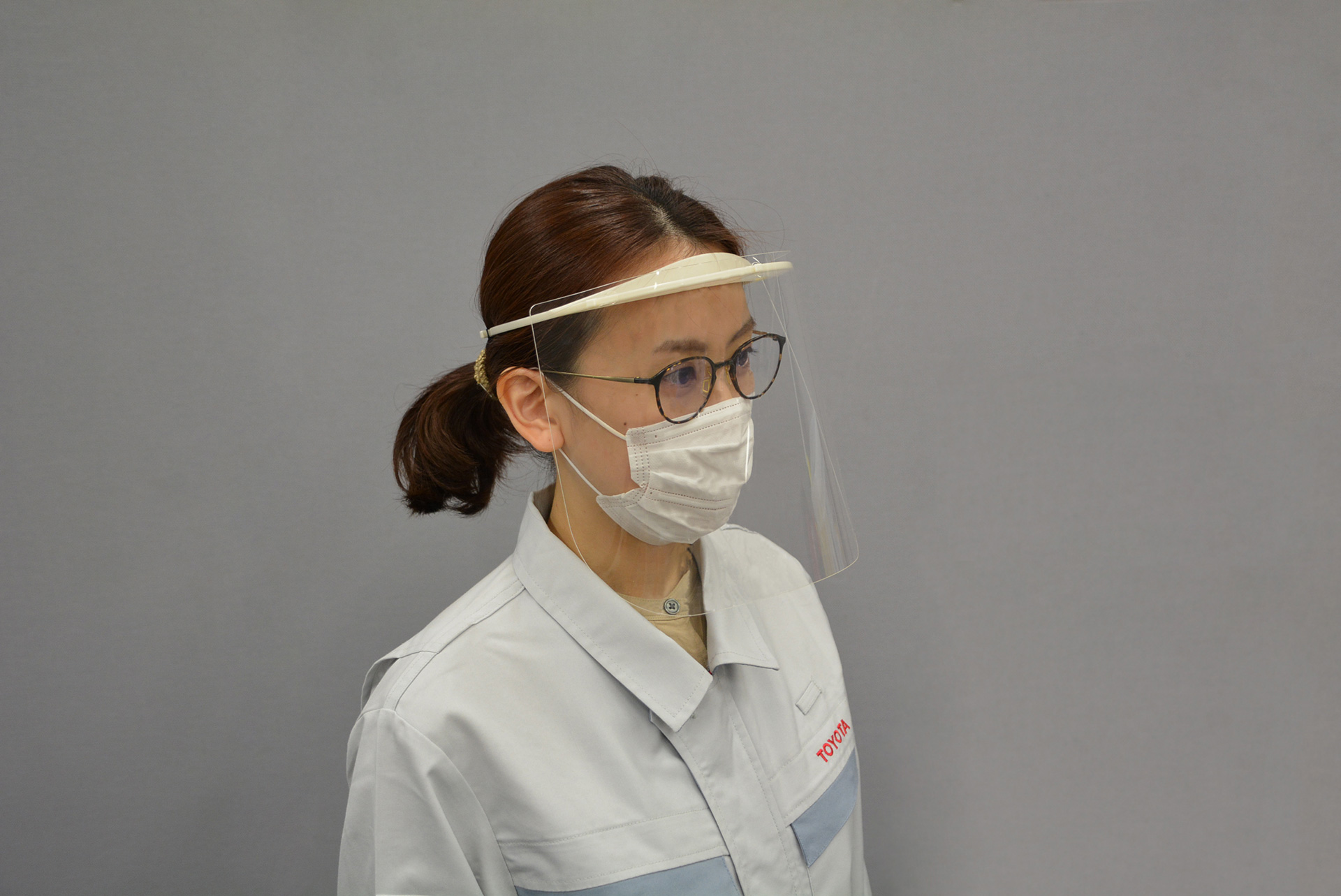 The Toyota Group has positioned this initiative for supporting the around-the-clock efforts of the frontlines of the medical sector, which are working hard to diagnose and treat patients for COVID-19, as part of Toyota’s Kokoro Hakobu Project*2. Going forward, the Toyota Group intends to prioritize the provision of the medical face shields it produces to medical facilities and local governments in the localities of the various companies of the group.

The main medical face shield production capacities of Toyota Group companies as of April 28 are described in the table below.

Based on the policy to be “mindful of the feelings of those in the midst of this pandemic, reach conclusions more swiftly, make prompt decisions, and take immediate action faster than ever focusing on safety and security as the highest priorities,” Toyota and Toyota Group companies will do what they can to help efforts on the frontlines of treatment and in limiting the further spread of COVID-19, which has become society’s biggest priority.

*¹Including companies of the Daihatsu Group
*²The Kokoro Hakobu Project (with “Kokoro Hakobu” meaning “to carry or deliver one’s heart” in Japanese) has been the collective name of nationwide initiatives by Toyota, Toyota sales outlets in Japan, and their employees to provide continuous and long-term support to disaster-affected areas in the wake of the Great East Japan Earthquake. The name has the connotation of “carrying you in our hearts.” Based on Toyota’s desire to contribute in some way to people who have contracted and are suffering from COVID-19, as well as to the medical professionals, Japan’s central government, and local governments in Japan fighting the disease night and day, Toyota has decided to apply “The Kokoro Hakobu Project” as its overall moniker for related support activities conducted by companies of the Toyota Group working together.