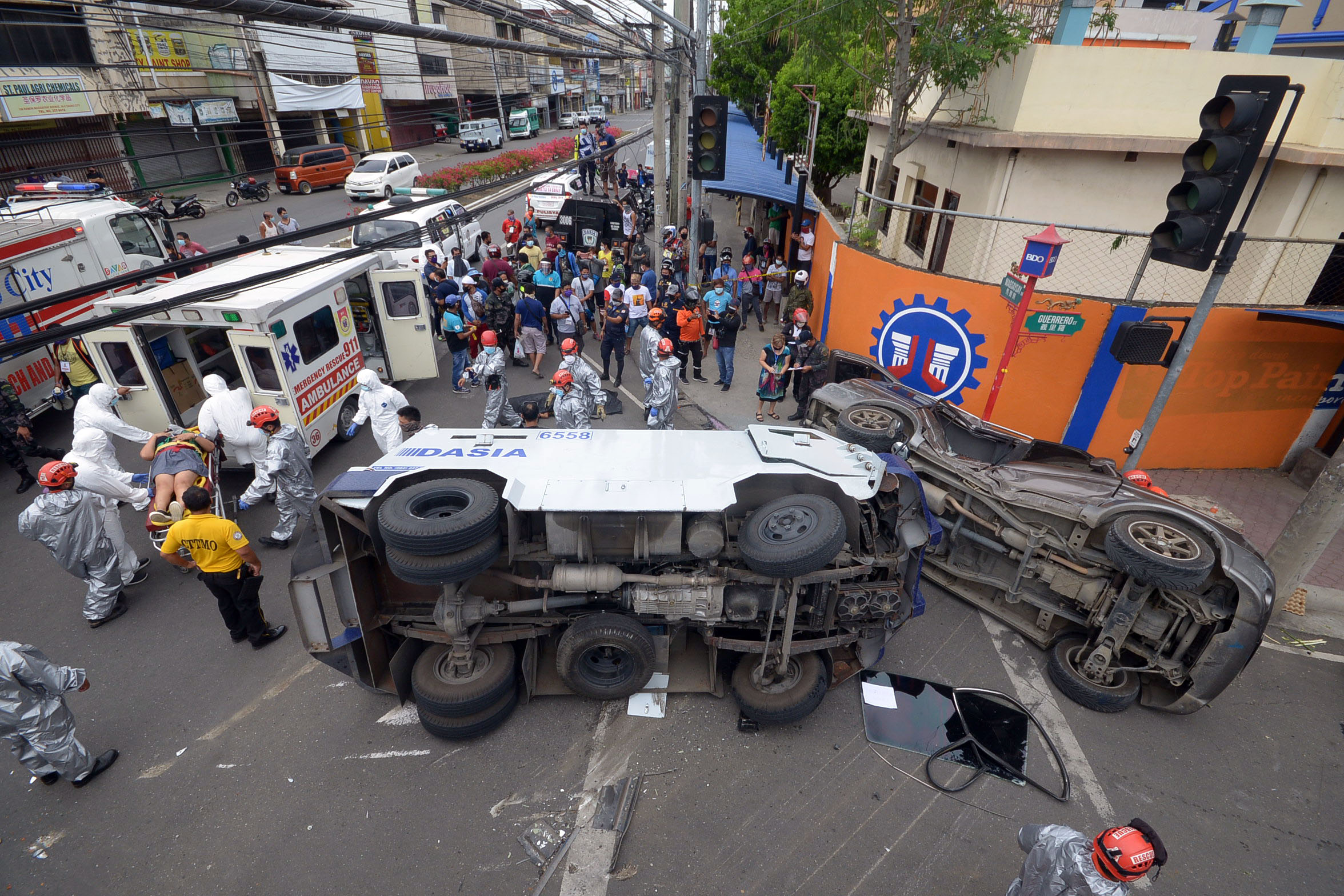 One died and three others were wounded when a private vehicle collided with an armored car at R. Magsaysay Ave. corner Guerrero Street at 12:20 p.m. on Friday.

Melanie Ligan, 39, the passenger of the Mitsubishi Adventure, died on the spot, according to Capt. Rosario Aguilar, the spokesperson of Davao City Police Office.

Three others sustained minor injuries. They were identified as Edgardo Gan, the driver of the private vehicle, as well as Jorric Dela Vega and Ronie Sumaliray, passengers of the Hino armored car bearing plate no. LAF2878, driven by Keneth Concon Barabarona.

Investigation revealed that the Mitsubishi Adventure was cruising along Guerrero Street and heading toward Juan Luna Street when it was hit by the Hino armored car at the intersection. The skid mark and the impact led investigators to believe that it was moving fast.

The front bumper of the armored vehicle slammed into the right portion of the Adventure. Both vehicles tilted over due to the impact. The private vehicle also hit the Suzuki motorcycle driven by Wilfredo Lictawa Jr., who escaped injuries.

The injured were brought to the Southern Philippines Medical Center. Meanwhile, the armored car driver was brought to the Sta. Ana Police Station, facing a possible charge for reckless imprudence resulting in homicide, physical injury, and damage to property.