Wanderlust | Pandemic movies to watch in this pandemic time

Just to be clear, this suggestion is meant for fun. I am a self-confessed scaredy cat who gets jumpy watching thrilling scenes in horror flicks. Yes, in spite of the fact that I easily get scared by just the thought of the paranormal, I am still ensnared in watching the latest installment of “The Conjuring” universe. Anyone like me out there – please raise your right hand?

The funny thing is that, as I get older, I actually have found a way to make myself sort of “less scared” by reminding myself that it’s just a movie, and that ghost of a murdered lady is just CGI. I even see the humor in some of the stuff that’s just so over-the-top. Yet, I still watch them and get freaked out anyway.

So, if you need to blow off some steam after reading all the news about the current pandemic, you may want to (re)watch the Steven Soderberg’s “Contagion” to spin the release valve on your anxiety and stress, and just get, well, gratifyingly scared.

In case you missed it back in 2011 (Contagion is the “Tala” of movies as everyone seems to be watching it just lately), the star-studded flick shows a fictional scenario during a global pandemic. In the film, people panic, profit off the chaos, become violent, and lots of them die. Too real for comfort, eh? 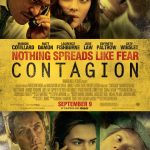 Anyway, whether you’re on community quarantine or got stuck at home with the lockdown, here are some of my suggested virus-themed films that you may want to feed your fears with.

12 Monkeys. This is a personal favorite. Bruce Willis’ character, a convict from 2035, volunteers for a time-travel mission in the early 1990s to learn about the main reason behind the outbreak of a virulent holocaust. 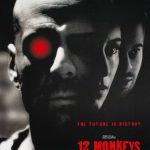 THE ANDROMEDA STRAIN. This 1971 Oscar-winning thriller is about a satellite that crashes near a town in Arizona, USA. Everyone dies except an old man and a baby. Some scientists are called upon to study and defeat the alien virus that infiltrated the satellite. 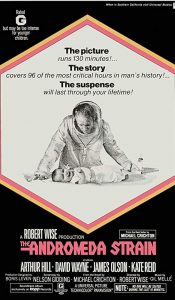 FLU. A 2013 South Korean film about the chaos that ensues after a lethal, airborne virus – a deadly strain of H5N1 – kills its victims within 36 hours, and infects the population of a city less than 20 kilometers from Seoul.
PANDEMIC. After a devastating virus outbreak, a doctor leads a group to find survivors of a worldwide pandemic that has turned the infected into zombies. Gamers who love “Call of Duty” and “Counterstrike” games will surely enjoy the film’s first-person POV style. 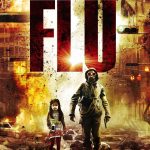 CARRIERS. A noxious virus has killed most of the world’s population. Two brothers and their friends embark on a trip to a secluded beach motel where they believe they can wait for the pandemic to die out and eventually start a new life. 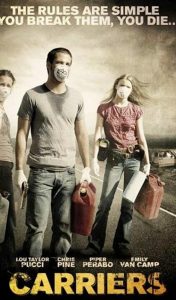 PATIENT ZERO. An outbreak caused a mutated form of rabies to spread from animals to humans. People who are infected turn rabid in just 90 seconds. A group of survivors set out to find an antidote to this highly contagious virus.

OUTBREAK. This 1995 hit focuses on an outbreak of Motaba, a fictional Ebola-like virus from Zaire that reaches a small US town through a smuggled capuchin monkey. A group of scientists – Dustin Hoffman, Rene Russo and Morgan Freeman – struggle to find a cure. 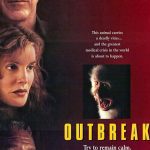 We may be still far from the fictional potent viruses these films depict, but for crazy people like me, seeing the worst case scenario is a way to put the present in context. It may not be a good thing to say but, hey, enjoy the rest of the 30-day quarantine with a movie marathon. Don’t forget to wash your hands and practice social distancing, okay?