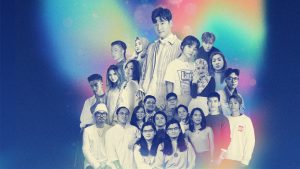 Ben&Ben takes part in a regional collaboration expressing solidarity and support for those affected by the outbreak of iCOVID-19 Coronavirus.
The folk-pop collective joins Sony Music artists across Asia in delivering a spectacular take on Taiwanese superstar Eric Chou’s original track “Forever Beautiful.”

Featuring 15 artists from nine countries across Asia singing in both Chinese and English, including Chou himself, the collaborative remake titled “Forever Beautiful: All for One Version” conveys an important message through these touching lyrics: we may speak and sing in different languages and represent the many ethnicities and cultures of Asia, but we are all united with solidarity and support. In these challenging times, music can bring hope and peace along with the message of love and compassion.

“In this time of fear and uncertainty, it is important to remind people that they are not alone and that even the most dreadful things give way to new beginnings,” shares Ben&Ben vocalist and guitarist Paolo Benjamin. “It was cool to do this project with some of the most talented and generous artists across Asia.”

Set to make their US debut at the annual South by Southwest Festival in Austin, Texas, Ben&Ben is one of the most successful Asian acts in the region— breaking records in the country with 9 songs simultaneously on the Spotify Philippines’ Top 50 chart. Their current single “Sa Susunod na Habang Buhay” recently shot straight to number one with a million streams on the aforementioned platform, within 2 days of release. 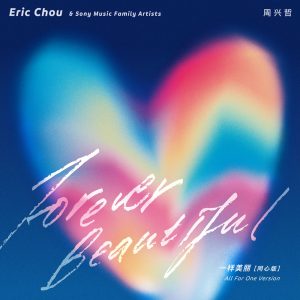 The nine-piece act represents the Philippines as part of the vibrant and diverse roster of Sony Music Asia featured in “Forever Beautiful: All for One Version,” including Eric Chou (the original singer/songwriter) and singer Kelly Cheng from Taiwan; Wafa, a member from Bahiyya Haneesa (an acapella group), and R&B-pop singer NYK from Malaysia; music acts Benjamin Kheng, Narelle, and Sezairi from Singapore; HÀ LÊ, a vocalist from Vietnam; singer-songwriter and producer E.viewz from South Korea; singer Fatin from Indonesia; singer-songwriter Jocelyn C from Beijing; and artists Phil Lam, Jason Chan, and Cath Wong from Hong Kong.

“Forever Beautiful: All for One Version” is now available globally on all streaming and digital platforms through Sony Music Taiwan. Proceeds from this song will be donated to relief efforts by 韓紅愛心慈善基金會 (Han Hong Love Charity Foundation) for those affected by the outbreak of iCOVID-19 Coronavirus.