Barbie Almalbis has officially released the first single off her fourth studio album. 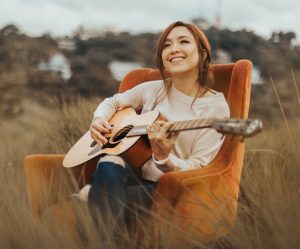 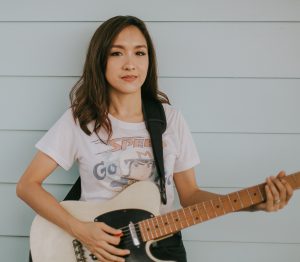 “Comment,” a song that she co-wrote with her husband Martin Honasan last year, is now out on various streaming and download platforms worldwide via 12 Stone Records.

The dreamy pop confection depicts Almalbis and Honasan’s honest observation on love in the time of social media. “My husband Martin and I started writing songs together last year, and Comment is one of the songs that came out of that,” the singer-songwriter shares. “We were thinking about how much social media has changed the way we interact with each other, and the song is a kind of love story inspired by that, and also by our friends who post about their plants on Instagram.”

With its atmospheric soundscapes and intricate arrangements, “Comment” showcases Almalbis’ more sonically adventurous side—her love for textures and dynamics, her penchant for little surprises. It’s abundantly clear that the acclaimed artist behind hits such as “Tabing Ilog,” “Money For Food,” and “Ambon” is insistent to defy expectations and come up with something new.

Of the song, Barbie says, “The recording was done at Yellow Room Studios, formerly Tracks Studios in San Antonio Village, where we made most of the Barbie’s Cradle albums. It was very nostalgic for Rommel and me. Magic Montano was our sound engineer.” The track was recorded with her bandmates, Nikko Rivera (keys), Jonard Bolor (drums), and Rommel dela Cruz (fretless bass). “Similar to the songs from the recent EP, Tigre, the main rhythm section was recorded live, then we had a few additional guitar and piano layers, then vocals,” the pop-rock icon says.

Along with the digital release on streaming and download sites, the music video of “Comment” is set to debut within the day. “The music video was done as an Instagram Story,” Almalbis adds. “We shot it at the Gardens of Versailles while in France for Martin’s exhibit last October.”

Barbie Almalbis’ as-yet-untitled album is coming in 2020 on 12 Stone Records.