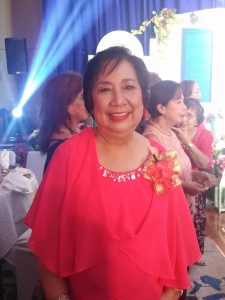 Mamma Mia was the theme of the celebration, an invitation we received showed us. Knowing how Dr. Aurora Chio and her close friends belonging to the Ageless Society of Ladislawa Garden Village love to dance, we were not surprised to know that the venue for the party was the ballroom of one of the newest Hotels in the city – Acacia Hotel.

As Doc Rory related that evening, this was going to be a surprise party prepared by her children, but which she got wind of earlier and did not surprise her at all. She learned that her children staying abroad were arriving the day of the party, January 19, 2020. 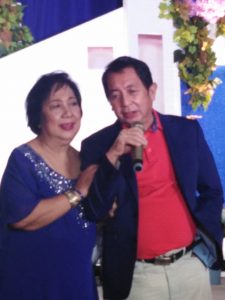 Dr. Rory entered the ballroom dancing to a Rock N’ Roll piece, as members of her family did at the start of the party. Her children did all the preparations for the party, organizing the parts of the program, the tributes and the dance presentations. Each of the guests received bangles as souvenir of the memorable event, the seventy-fifth birthday of Rory. The bracelets included some beads known as “Evil Eyes” said to ward off bad spirits. 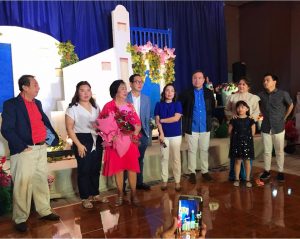 Dance presentations by the Ageless Society members and more dancing followed with the Dance Instructors busy leading the line dancing.

Songs were dedicated to Rory, and a serenade was performed by Dr. Roger Chio. Grand daughter Bree, daughter of Rossel and Baham Mitra performed “Tala” the latest dance movements that have caught everyone dancing, as it has gone viral on U-Tube. Family members all took part in the program: Paul and Marlyn, Toni, grandson Jaime and Bree, daughter Rowena and son Ryan. Rory’s brothers Dennis and Junior also rendered songs. 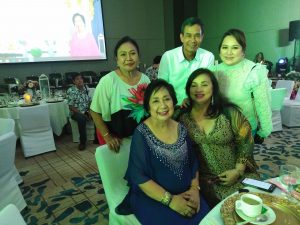