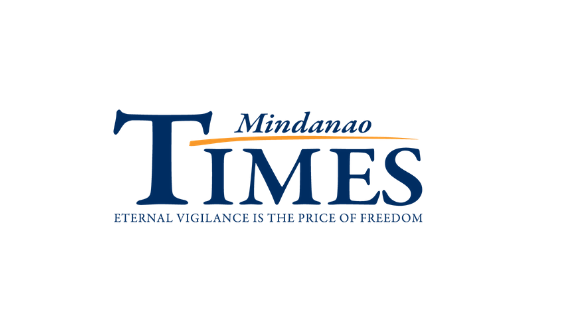 HEALTH officials in the region allayed public fear on the new strain of coronavirus.

In an interview at the City Council on Wednesday, both Dr. Lenny Joy Rivera, the assistant regional director of the Department of Health XI, and Dr. Mary Joselle Villafuerte, the city councilor who chairs the Council committee on health, said there is no reported case of coronavirus in Davao City or the entire Davao Region.

The officials said there is no cause for alarm despite reports that Novel coronavirus, or the 2019-nCoV that originated from Wuhan, China, already entered the country.

Both Rivera and Villafuerte said it is important for people to know that the city and the region is monitoring the virus.

“We really want the public to know so that they will be aware (and) that there is no need to panic. We have no reported cases so far, and we are hoping that no cases will enter the city. If so, we are ready and prepared,” Villafuerte said.

The Department of Health XI (DOH XI) is on top of the situation as tightened monitoring is conducted to assure the safety of the region, Rivera said.

At least four suspected cases were reported in the country – three in Boracay and one in Cebu.

According to Villafuerte, a multi-agency emergency meeting was conducted to discuss the preparations needed in case the virus would enter the city or region.

“We conducted an emergency meeting due to the timeline that happened in China, wherein the spreading of the virus is very quick. On December 31, it only started with 41 reported cases, and it elevated quickly to 400 cases with nine deaths. There are 2,000 possible contacts of that 400 cases. That is according to the news,” she said.

Villafuerte said that after the meeting, the highly-trained team, the same team that responded during the Ebola virus outbreak, has been activated immediately to closely monitor and check every movement in the city for any possible cases.

“Davao City was the first to train for Ebola, and the same team is in place, all we need to do is to activate them,” she said.

She also said that the city has two fully functional thermal scanners that will be used for each flight.

On Wednesday, one flight from China arrived in the city with 70 passengers. No one was showed symptoms of the virus.

Three flights also arrived recently in the city, one each from Jinjiang, Hong Kong and Singapore. No one also tested positive based on the thermal scanners.

The Southern Philippines Medical Center (SPMC) also prepared three beds for isolation cases, in case a carrier may be monitored. Two ambulances intended for highly contagious diseases were also prepared by the city government, in which one was parked at the City Health Office (CHO) and one at SPMC.

The Central 911 also provided an ambulance for isolation cases. “There are three ambulances readied and prepared for any suspected cases,” Villafuerte said.

The Personal Protective Equipment (PPE) in all hospitals and health centers were enough, according to DOH. There were no reported insufficiency of supplies

SPMC also conducted reorientation to their personnel regarding the proper use of PPEs.

The Philippine Ports Authority (PPA) and the Bureau of Customs (BuCor) also conducted tight protocol with the Bureau of Quarintine to the entry points of the city.

“If there are any boats coming from China or from any contaminated areas, we check them first with the symptoms before they dock and get out of the boat,” Villafuerte said

The Davao City Overland Transport Terminal (DCOTT) is also planning to increase their screening in check points in and out of the terminal. DCOTT also suggested to get infrared thermometers and also boost information drive by posting tarpaulins and provide hand-outs so that the people will be aware.

“DOH already gave guidelines in which we can write it down to the tarpaulin and hand-outs to be disseminated to the public,” she said.

CHO also suggested to strengthen their community surveillance through the help of barangay tanods.
“Deploying the teams with their certain responsibilities and works would not mean that the city is in alarm already, this is just to be ready and prepared,” Villafuerte said. “We need not be complacent also, it’s always better to be prepared,” she said.

As of now, the city health sector is waiting for the decision of the World Health Organizational (WHO), as they are also conducting meetings on how to address the concurrent fast-spreading Wuhan virus.