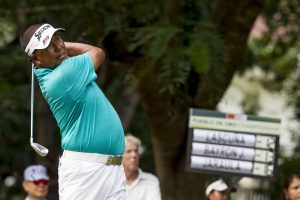 Tony Lascuña hopes to come out strong coming off a playoff setback the last time out, aiming for a top finish in the ICTSI Pradera Verde Classic firing off today (Tuesday) in Lubao, Pampanga and a boost to his Order of Merit bid in the Philippine Golf Tour Asia.

The multi-titled Davaoeño shotmaker paces the OOM derby with $38,950 in earnings with two tournaments left in the third season (2019-20) of the region’s emerging circuit which broke barriers by holding a couple of tournaments in Taiwan last year.

Lascuña won the other leg in Tainan, besting a slew of Taiwanese and Thai aces, then rebounding from a forgettable joint 31st place finish at Luisita with a runner-up effort at Summit Point on a sudden death loss to Juvic Pagunsan last November.

“I feel good coming off a long break but so do the rest, so it’s going to be tough,” said Lascuña, 49, also wary of the tour’s long hitters who are expected to dominate the vast Pradera Verde layout.

Although diminutive Jhonnel Ababa had ruled the last two Pradera events with 10-under 278 totals, a player’s length off the tee remains one of the key factors to one’s title drive at Pradera with the average distance of PGTA drives rising steadily buoyed by improvement in training and equipment.

“It depends, players with average drives can make it up through solid rescue or long iron shots. And there’s the short game and putting to talk on,” added Lascuña.

Whatever, the elite international field braces for an all-out assault of long, flat layout in Round One of the $100,000 event put up by ICTSI with Aussies Damien Jordan and Jack Lane-Weston, Thai Pachara Sakulyong, Spain’s Marcos Pastor, Josh Salah and Lexus Keoninh of the US and Japan’s Toru Nakajima spearheading the foreign challenge.

But the locals are also keen on keeping the crown at home with reigning Philippine Open champion Clyde Mondilla gunning for a victory worth $17,500 in a bid to stay in the hunt for back-to-back OOM title feat. The Del Monte ace is currently at No. 3 with $23,823 behind second running but absentee Tim Stewart ($32,570).