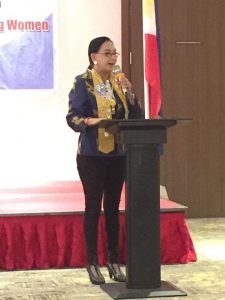 As it is customary for the organization, Soroptimists convene for a district meeting every year to discuss projects done as an entire district. This is attended by sister clubs to share their accomplishments with the others and report on their activities.

On November 9, 2019, the officers and members, led by their presidents arrived at Blue Lotus Hotel where the conference was held. SI Davao President Luz Acosta-Barrientos welcomed the delegates and District Director Rosalie B. Russell called the conference to order. 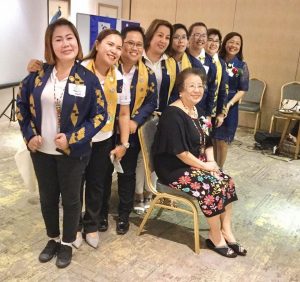 Theme for the District Conference was : Leading, Serving, InspiringWomen and Girls.

Emcee for the conference was Soroptimist Rosemarie Enginco.