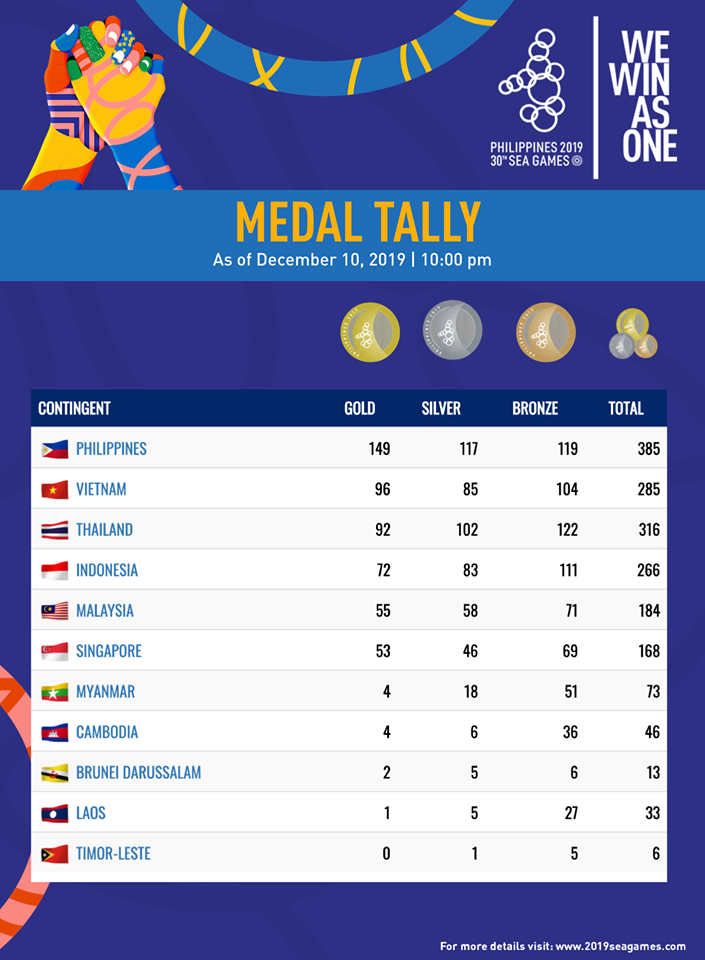 Pasay City – Team Philippines had a total of 385 medals in what was considered as the biggest and overall medal haul for its national athletes in any Southeast Asian Games competition at the close of the 30th edition.

The Philippines won the overall champions with 149 golds, 117 silvers and 119 bronzes in this year’s edition of the SEA Games which had 56 sports in 530 events.

Basketball, combat sports, athletics, e-sports and shooting were the medal haul of Day 10.

The Gilas men’s team on the other hand, captured its 13th championship at the expense of Thailand, 115-81.