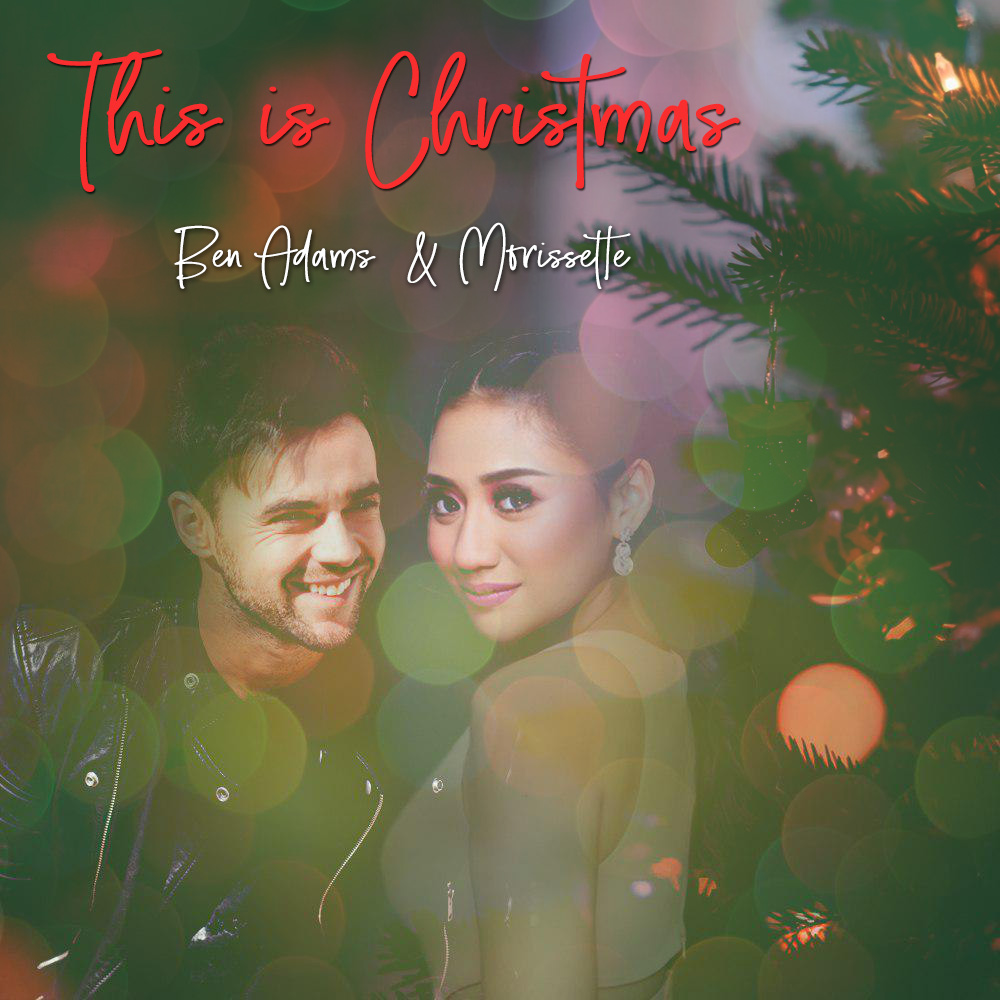 Nothing heralds iconic holiday tune more than having two established stars collaborate on one festive anthem.

Ben Adams, the lead singer of chart-topping boyband a1 and now a prominent producer based in the UK, teams up with Filipina singer Morissette on “This Is Christmas,” a potentially timeless bop that will surely have a warm place in our hearts this Yuletide season.

Released under Sony Music, the song was originally written for a Dutch artist, but the BRIT awardee and multi-platinum star changed his mind and took the material as part of his own. “I loved it so much I couldn’t give it away,” states the British singer-songwriter and producer. “So I decided to take it back.

Once I recorded the whole thing I was like, it sounds magical but I’m sure I can squeeze some more magic out of it – so I began searching for the best person to collaborate on it with me.”

After checking some links and recommendations from friends, Adams found the perfect duet partner in Morissette, one of the biggest and best-selling Filipina pop stars of her generation.

Roslyn Pineda, Sony Music’s GM Philippines & VP Business Development Asia, even referred the Akin Ka Na Lang singer to Adams as a potential duet candidate. Having worked with Ben Adams during his boyband phase and personally recommended Morissette to co-host Asian singing competition Bolt Of Talent with two-time Grammy winner Michael Bolton, she was confident that the two would hit it off together as singing partners for the new Christmas track. “a1 was the first boyband I ever worked with, so I know firsthand how popular they are in Southeast Asia. When I saw Ben’s post asking his fans who to collaborate with, I messaged him about Morissette. Apparently, I wasn’t the only one!”

“As for Morissette, it’s always a pleasure to work with her. I thought of her for Bolt of Talent because she exemplifies the best of the Philippines,” Pineda shares.

Well for starters, she has an amazing voice,” says Ben Adams. “I was blown away by her performances. So we started talking, and I sent her the song online. We facetimed to work out who wanted to sing what.”

Being no stranger to epic collaborations, the Asia’s Phoenix has brought the holiday spirit to effervescent heights with her soaring vocals and charismatic interpretation, giving Adams’ self-penned earworm the effortless joy it needs.

“When Ben Adams of a1 first reached out to us about possibly working on a Christmas track together, we were just thrilled and thought It would really be an honor to be working with him,” shares Morissette about the team-up. “All the more when he first shared the song to us, it got me more excited because of the danceable vibe and fun feel the song had.”

“This Is Christmas,” is an upbeat tune about “enjoying the holiday season with your loved ones, looking forward to coming home and making the most of the Christmas season.”