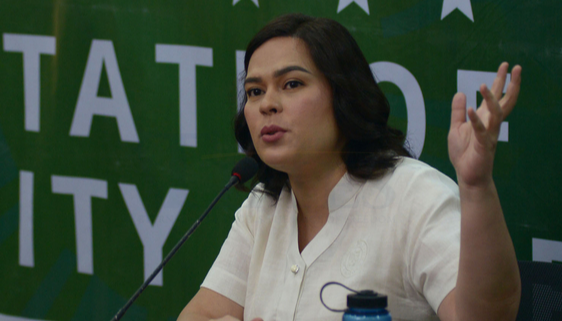 “We already sent a letter on Aug. 17 to the Office of the President where we also attached supporting documents pertaining our request to have the city be exempted from Martial Law,” Duterte said.

“Yesterday, we also discussed it and then I said that it would be better if we also send these documents to the House of Representatives, Senate and the Department of National Defense,” she added.

Earlier, Lt. Gen. Cirilito Sobejana, AFP Western Mindanao Command chief, said the cities of Davao and Cagayan de Oro were not included in their recommendation of areas to remain under martial rule.

“We really support the support of the Armed Forces of the Philippines to have the city be exempted from Martial Law,” Duterte said.

In August this year, the Davao City Council passed a resolution asking the President to lift Martial Law here.

The Police Regional Office XI also expressed its support on the lifting of Martial Law, citing the decrease in the city’s crime volume and crime rate. The police also ensured that the city is “fully secured and safe from any form of terrorism.”

President Duterte declared the military rule in the entire Island of Mindanao on May 23, 2017 following the siege of Marawi City by Islamic State-inspired terrorist groups.