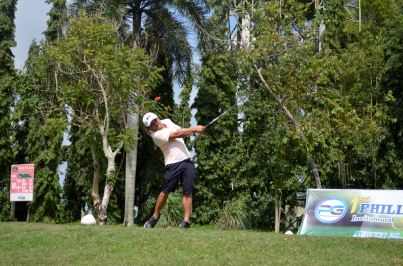 Tan carded a three-under 69 to claim the Division I (0-14) Low Gross champion title while Gonzales had his winning ways at the greens with a 78 for the Low Gross title in Division II (15 and above).

Boy Tan also completed his campaign by winning the Division I Low Net champion trophy on a 65 that left past Allan Crisostomo to settle for the first runner-up honors.

Crisostomo came on top off Oscar Rebosura via countback after both tallied similar 66s.

Jing Tan joined the winner’s fray when he scored a rare hole-in-one on hole no. 17 for a brand new 43-inch Samsung UHD LED television.