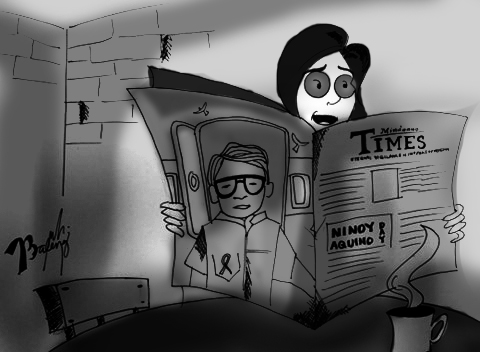 Today, the country commemorates the life of then senator Benigno Aquino Jr. who died 36 years ago after returning to the country from a self-imposed exile in the US.

Aquino, father of then President Benigno Aquino III and wife of the late President Corazon C. Aquino, left the country during the reign of the late strongman Ferdinand Marcos as the former was among those who were detained as part of the move of Marcos to silence his critics and political opponents.

Marcos stayed in the presidential palace for two decades and only left the country when the widow of Aquino was catapulted to power following the so-called bloodless people-initiated revolution.

Aquino, a leader of the opposition at that time, decided to return to the country despite the call both of the opposition and the cronies of Marcos, including his wife Imelda, not to pursue his plan because of the perceived danger. His death became the rallying point for the people to intensify their protest against the leadership of Marcos.

Aquino’s death has remained a mystery as there have been several people tagged as responsible, including the late Rolando Galman whose body was peppered with bullet holes like Aquino, fell on the tarmac at the Manila airport which was eventually renamed Ninoy Aquino International Airport.

The commemoration of Aquino’s death has been considered a big day in the country as it is a holiday, although the young generation may not have known the impact of his death on the freedom that they are enjoying today.

Therefore, it would be better for the government to reassess its importance to the history of the country and include its findings in the educational materials that the younger generations need to learn. There is a need to do this as it will be useless to commemorate a day whose importance is unknown.