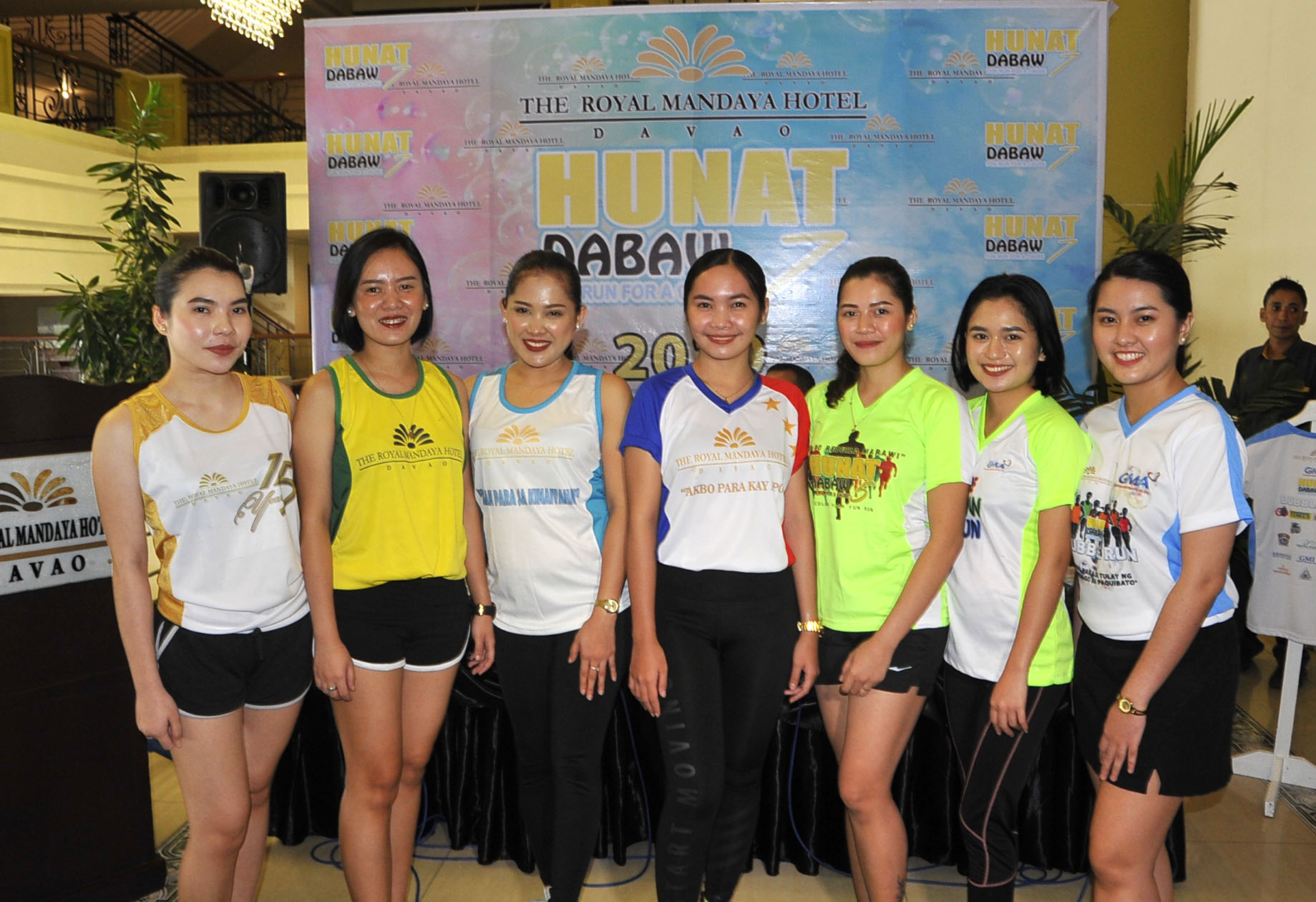 The GMA Kapuso Foundation’s Bridge of Hope in Barangay Mapula, Paquibato will be the chief beneficiary of this year’s Hunat Dabaw 7 Bubble Fun Run for a Cause set to reel off this September 8, 2019 on an out and back course starting at the Royal Mandaya Hotel along Palma Gil Street.

“That’s why we call this year’s run Hunat Dabaw 7 Bubble Fun Run for A Cause: “Takbo Para sa Tulay ng Pagbabago sa Paquibato” as we will donate 100 percent of the proceeds for the construction of the Bridge of Hope. It would significantly benefit the indigenous people in that community,” said Royal Mandaya Hotel general manager Benjamen Banzon Jr. on Friday’s (August 9, 2019) press launching.

“It will be the first Kapuso Bridge of Hope in Mindanao. We had the ground breaking last June 29 and we hope to finish the bridge by November 26 this year,” said Escudero-Catibog adding that the Paquibato area was featured in the television program initiated by multi-awarded broadcaster Jesica Sojo which saw the need of a bridge for people to traverse from their area.

Some 3,500 running enthusiasts from Davao City and its neighboring cities and provinces are expected to join the three kilometer, five kilometer and 10 kolomter race routes.

Registration is ongoing pegged at P570 for 10K, P520 for 5K and P470 for 3K inclusive of a race singlet, race bib, breakfast buffet and raffle coupon for a chance to win items during the awarding ceremonies.

Registration forms are available at the Royal Mandaya Hotel frontdesk along with registration satellites located at the SM City Davao Annex at Ecoland (10 a.m. to 9 p.m. ) and at the Gaisano Mall of Davao 2nd floor (10 a.m. to 7 p.m. )

Cash prizes will be given to the top three division winners with special awards to the biggest delegation, five bare foot runners, PWD runners, youngest and oldest runners.